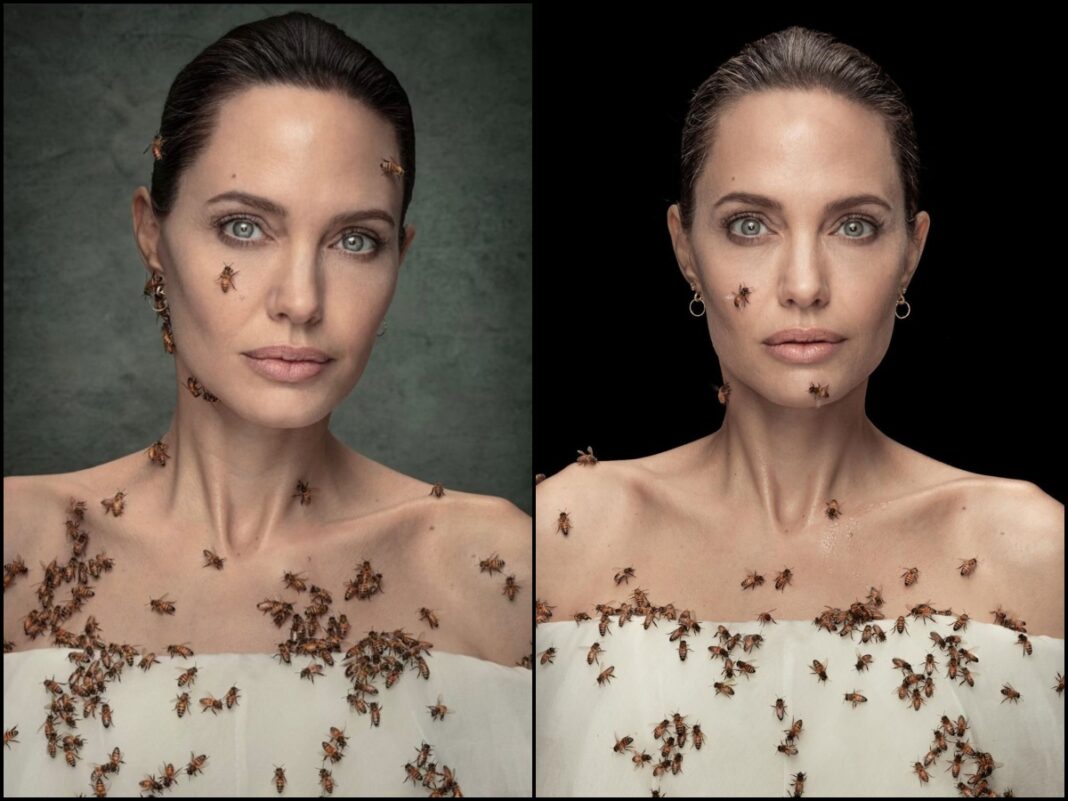 Angelina Jolie has joined hands with National Geographic in order to celebrate World Bee Day that takes place annually on 20th May. This global celebrity is famous for her philanthropy and decided to send the right message that led to stunning results. The actor was captured in an evocative photo for the purpose of raising awareness.

The photoshoot and the video of the shoot show Angelina Jolie covered in bees. Dan Winters is a photographer of National Geographic and he is also a beekeeper. He successfully managed to capture the actor covered fully in bees.

Angelina Jolie was already associated with the High Commissioner of the United Nations for Refugees or UNHCR. She is now involved in working with Guerlain and UNESCO for supporting and training women beekeepers for their Bees initiative. They intend to create 2,500 beehives as well as replenish 125 million honey bees within 2025.

Dan Winters has informed that his foremost concern during the shoot was the safety of Angelina Jolie and other members involved in the shoot. He further added that it was a difficult task to shoot with live bees during a pandemic. However, their campaign was successful because they used the technique of Richard Avedon when he shot the iconic portrait almost 40 years back.

Read Bees’ Hidden Importance: Humans Will Live Only As Long As The Bees Do

They made use of Italian bees that normally stay calm. Konrad Bouffard, a leading beekeeper, was hired to keep the bees calm throughout the shoot. Moreover, they also used pheromone on Jolie’s body to attract the bees to certain parts but not let them swarm. The location of the shoot was kept quiet and partially dark for the bees. Furthermore, Jolie was made to wear a protective suit.

A large number of bees were placed near her waist and she stood absolutely still for 18 minutes. Fortunately, Jolie was not stung and the shoot left everyone awe-struck. It was an extraordinary experience for everyone to shoot with live bees and pay respect to them on World Bee Day. Jolie also shared that it was a unique experience for her and she is happy with what they achieved.