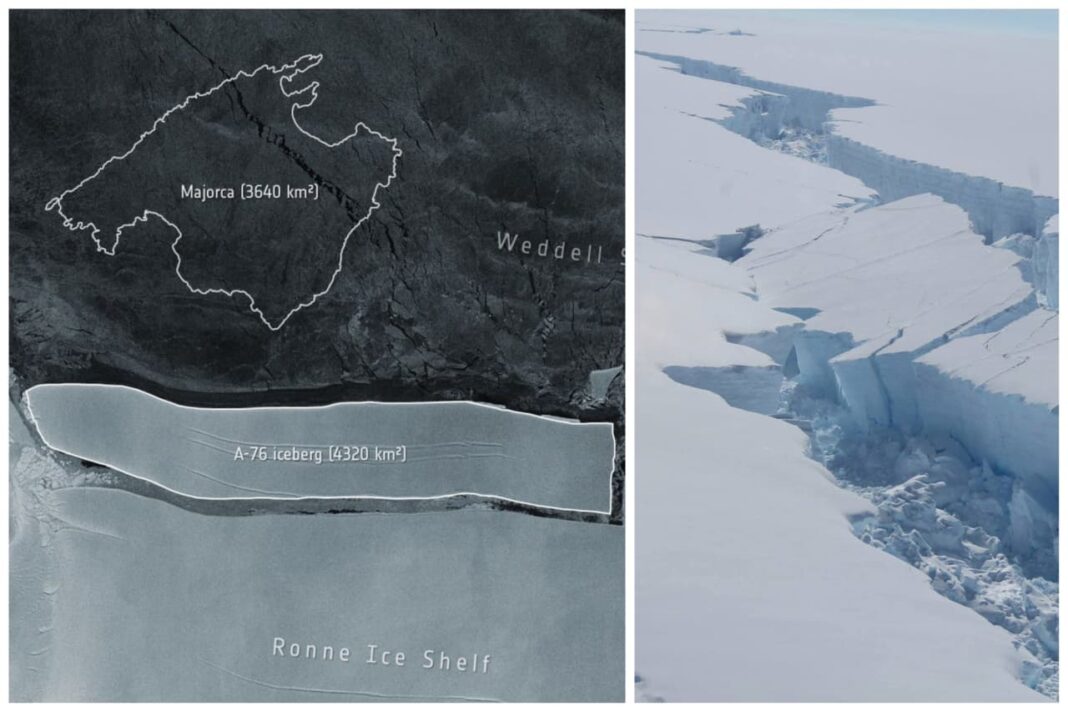 As scientists have been issuing frequent warnings regarding climate change and fast-approaching catastrophes, Antarctica is certainly at the center. One of the largest icebergs in the world has recently broken off from the ice shelf named Ronne in Antarctica. This incident was reported by the Space Agency of Europe on 16th June, Wednesday. This large block of ice is dubbed A-76 and measures almost 4,320 square kilometers in size. This massive size estimation certainly makes it the largest iceberg across the earth.

Antony Blinken, the State Secretary of the United States of America had drawn our attention towards climate change that is occurring in the Arctic. This was discussed in the meetings that took place with several other national officials in Iceland. However, it now appears that the threats of climate change are much larger in the other part of the planet.

A new study reveals that Antarctica is probably one of the places on earth that are worst hit by greenhouse gas emissions. The melting of ice is owing to the reason of rising sea temperature and it is affecting the lives of people directly. On the other hand, Antarctica is the wild card in regard to the rise in sea level. This is mainly because Antarctica holds an enormous quantity of ice that can easily manage to increase the sea levels by over 60 meters. As a result, it is 10 times more in comparison to Greenland.

Read Antarctica Moving Towards Climate Catastrophe By 2060; Emissions Must Reduce

Ice In Antarctica Can Submerge Most Places

As of now, it has been known that the ice that broke off was situated in the Weddell Sea and is measured to be approximately 170 kilometers in length along with 25 kilometers in width. These measurements demonstrate that this block of ice located in Antarctica is much bigger than the Spanish island named Majorca. 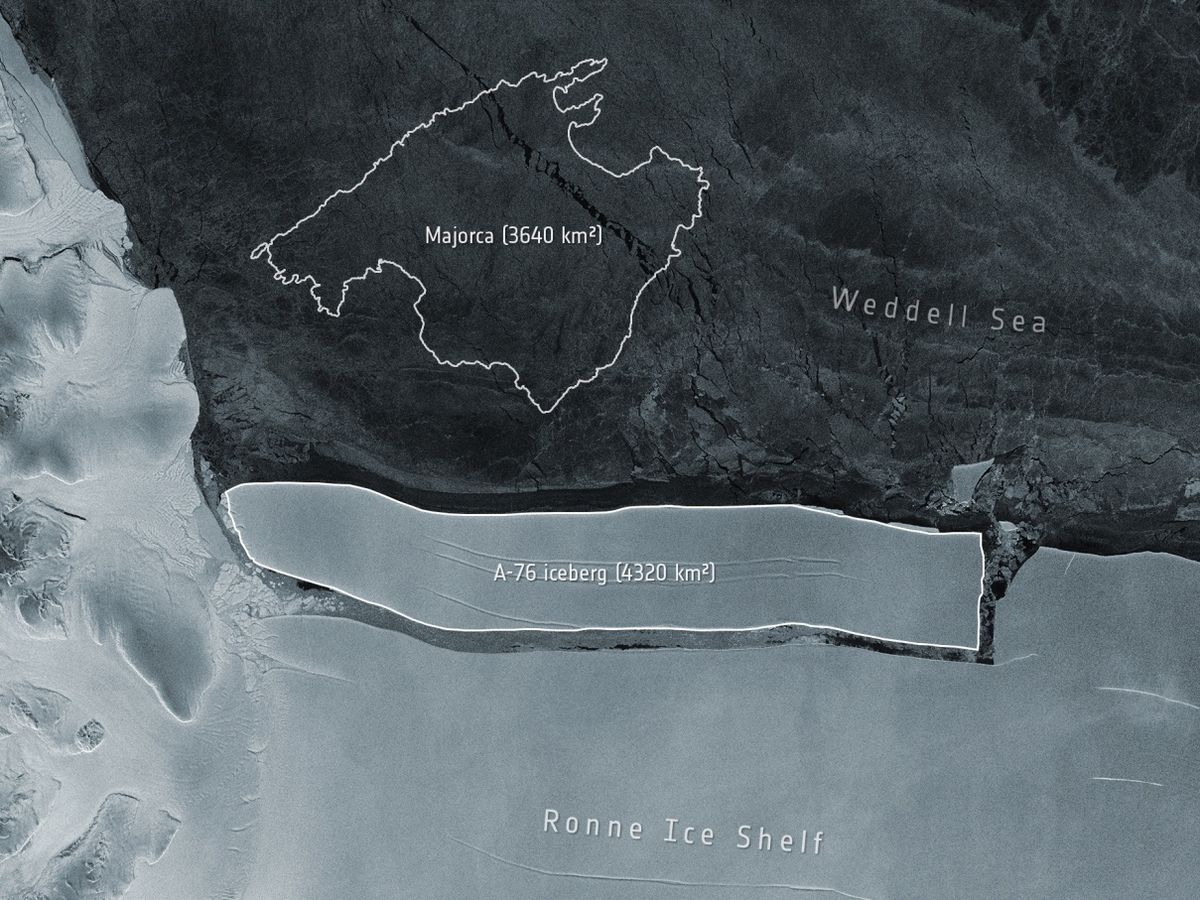 Keith Makinson is one of the British surveyors in Antarctica. He has first spotted the iceberg and confirmed the break-off that was also informed by the National Ice Centre of the United. They also provided various images captured by one of the space programs of the US named Sentinel-1.

The EU Space Agency had also mentioned that the A-23A iceberg is definitely larger than the A-76. The A-23A was reportedly broken off from Antarctica last year. Scientists were fearing that this iceberg might collide with a nearby island that is a breeding spot for sea lions and penguins. Nonetheless, the A-32A gradually broke off into smaller pieces instead.

The ice sheet of the Antarctic seems to be warming much faster than the rest of the planet. As a result of this, the glaciers are retreating and the snow is melting faster, specifically near the Weddell Sea region. Since the glaciers retreat, they are unable to extend as far and wide as expected and break off in smaller chunks that float away.

Ted Scambos, a glaciologist researcher from the University of Colorado has remarked that the breaking off of the A-76 iceberg might not be directly linked to climate change. Scambos explained that the periodic calving of the larger chunks of ice shelves including the Ross and Ronne was a natural cyclic process. He further added that the breaking off might not finally result in an increase in the ice levels because the ice is already floating.

Average sea levels are known to have risen nearly 9 inches since the 1880s. The ice melting from Greenland contributes to one-fourth of this rise while Antarctica contributes the rest. Numerous scientists from 15 nations conducted a study that showed that the aims set by the countries in order to prevent emissions of harmful gases are not enough to curb sea level rise.