In China, A Blind Man, With His Armless Friend, Has Planted More Than 10,000 Trees 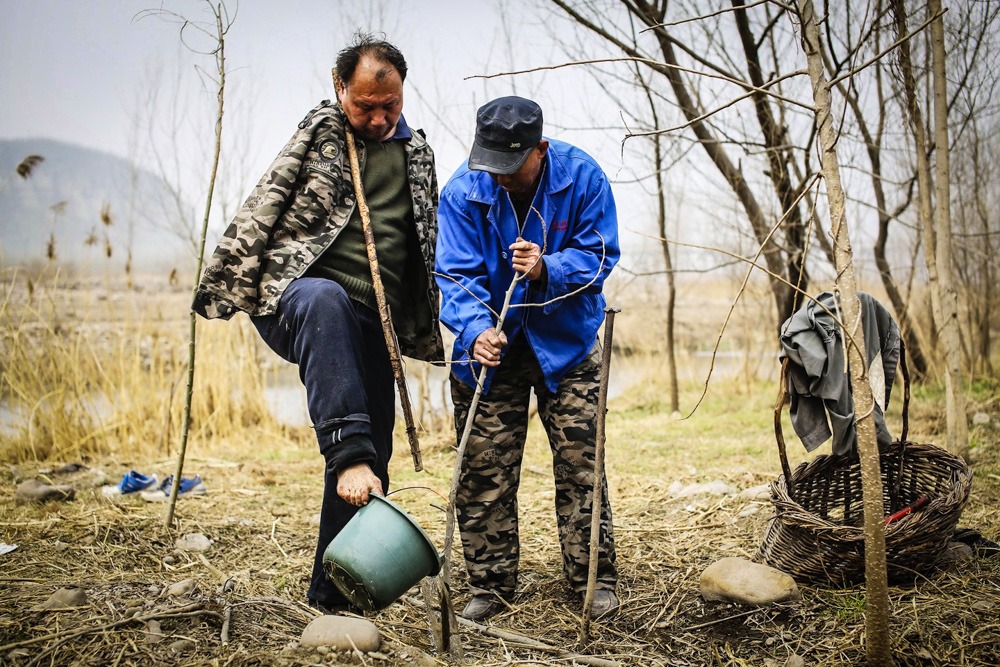 Such stories are rare, but they do happen. They are also getting more and more common as people are stepping up to fight climate change. But this story of two friends: a blind man, and an amputee, can be life-changing. Their names are Jia Wenqi and Jia Haixia, and here is their story.

Wenqi and Haixia are both 56 years old now. The two Chinese men’s lives have been dotted with numerous challenges all through their lives. Haixia had congenital cataracts when he was born. As a result, he could not see out of one of his eyes. Then in 2000, an accident at work resulted in him losing sight in the other eye as well. Wenqi suffered a tragic accident at the age of three. He lost both arms in it, and ever since he has been living the double-amputee life.

But their physical difficulties have not drained their desire to enjoy life as much as they can. The two friends help each other get around the world. Adding to this story is their amazing achievement: 10,000 trees planted in a decade.

Haixia said that Wenqi is his hands, while he is Wenqi’s eyes, so their partnership is very good. They had met each other in 2001 while struggling to get some work. But since neither had thought about giving up, they thought of the idea of earning by planting trees.

They reason that they could also help the community by doing this as well as make a brighter future. So the blind man and his friend started by leasing 3 acres worth of land. Every day, the blind man and the amputee wake up at 7 in the morning. On the way to the site, Wenqi helps Haixia cross a stream. Their finances are quite tight. However, their determination for reforestation cannot be hampered. They cannot afford new saplings, so they graft older trees to grow new ones.

Read: NS Rajappan: Not Even Paralysis Stops Him From Collecting Plastic

They said that the rewards are not much, but the growing trees are enough for their hearts. Moreover, the two take pride that they live on their own. Fortunately, their story received a lot of attention on the internet. But this is one of the greatest inspirational stories for dedication towards the environment.