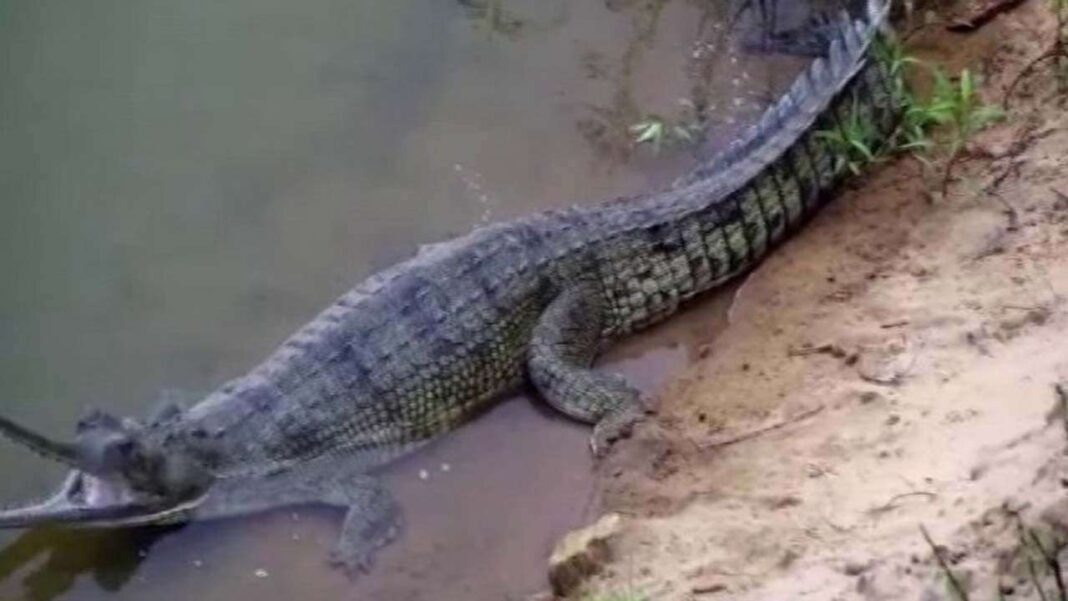 Crocodiles are one of the oldest predators on the Earth. They are believed to be as old as the dinosaurs. Now though they are much smaller in size. Moreover, this viral animal video of a crocodile intruder even suggests that they might be looking for some company.

Villagers who were going about their day suddenly spotted the crocodile intruder sauntering along the village’s bylanes. It was not having much difficulty navigating the cracked asphalt surface. The villagers were understandable frightened by the sight of the intruder. After taking refuge at a safe distance in the nearby homes, they alerted the officials of the forest department in their locality as soon as possible.

The forest department officials had wasted no time in arriving at the scene either. They rushed to the last-known location of the crocodile intruder. They managed to successfully capture and carry it back towards the river without any harm being done. The officials from the forest department then released the crocodile intruder back into its river home.

Officials believe that the crocodile intruder is approximately 6 years of age. They further clarified that no harm had been done by the creature to anyone for the entirety of its time while exploring the settlement of humans.

The officials of the forest department also explained that the Kali River has quite a large number of crocodiles. The number is sizable enough for the authorities to set up a park for crocodiles in Dandeli.

A Common Occurrence In India

The villagers of Kogilaban, however, had long feared such an incident. Crocodiles have been often spotted on the banks of the village, and so people were wary of them finding their way inside. As a result, they had long requested officials to build a fence on the banks of the Kali River. This would have been a precautionary safety measure that would have prevented a member of the sizable Crocodile population from venturing outside. This is especially dangerous since the area has residences housing the workers for the industry in the nearby town.

This was not the first incident of a crocodile intruder as well. Apart from the locals regularly reporting such sightings, two years ago another crocodile intruder had been caught on a viral video. This had taken place in the Indian state of Gujarat. That time, the nearby river was flooded, which had made it easier for the crocodile to enter the village. However, it had not just stayed on the roads. Rather it had even slithered its way into a village house. Local residents were understandably scared by the crocodile intruder.

The name of the village was Etola, situated in Vadodara. The crocodile had a length of 10.5 meters. However, forest officials had captured the crocodile before releasing it into the nearby Dhadhar River. It was not easy that time because the crocodile was feisty and had fought hard before the officials finally managed to put it into a cage.