Deer Rescue: Boat Skipper Saves Tired Deer Half A Mile Into The Sea 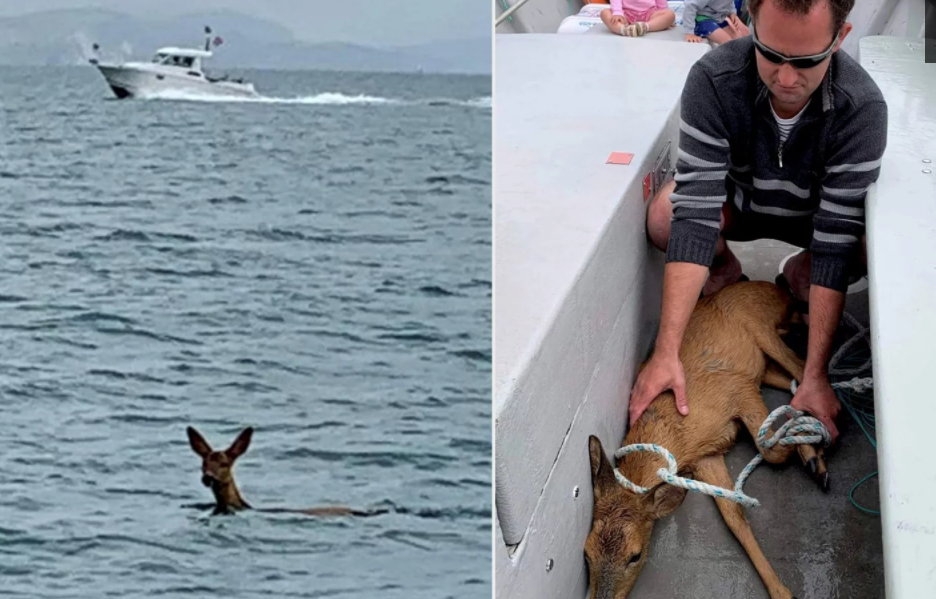 Mark Bowditch was on a mackerel fishing charter and his journey turned into a deer rescue. He had spotted the deer while fishing near Weymouth in England. He pulled the exhausted deer aboard and got the animal back to the land.

Deer Rescue In The Middle Of The Sea

Skipper, the fishing boat, was surprised to find a deer in the sea. It was approximately half a mile away from land and was quite baffling. Mark knew he had to help the lost deer and get it back to the shore. 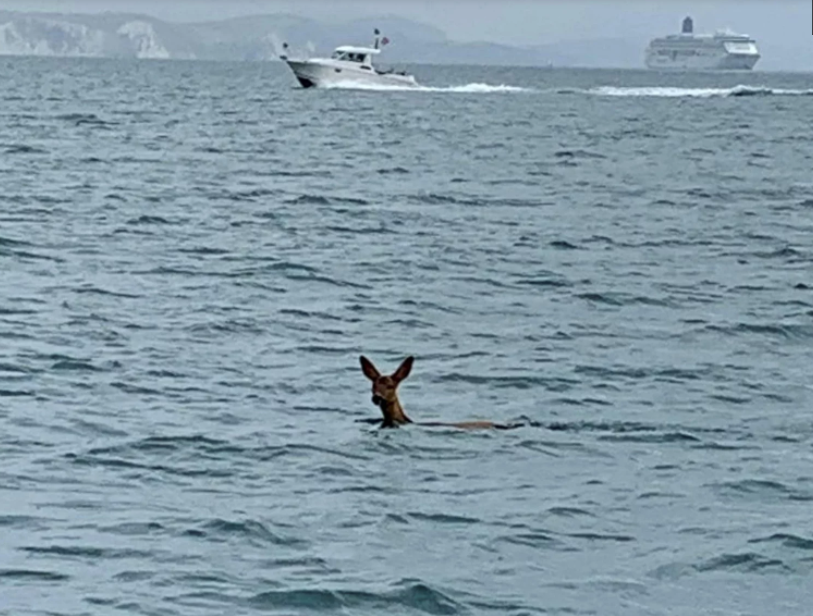 Mark Bowditch was 56 and was fishing for mackerels off the coast of Weymouth in England. He spotted the deer swimming in the water, which was more than 160ft deep.

When Mark got closer he could see that it was a red deer doe. It was exhausted by the time it was pulled aboard by Mark and his guest, Morgan Lloyd.

When Mark saw the deer for the first time, he mistook it for a shark, swimming slowly over the surface. When he got closer, he realized that he had misjudged the creature and it was a deer, indeed. 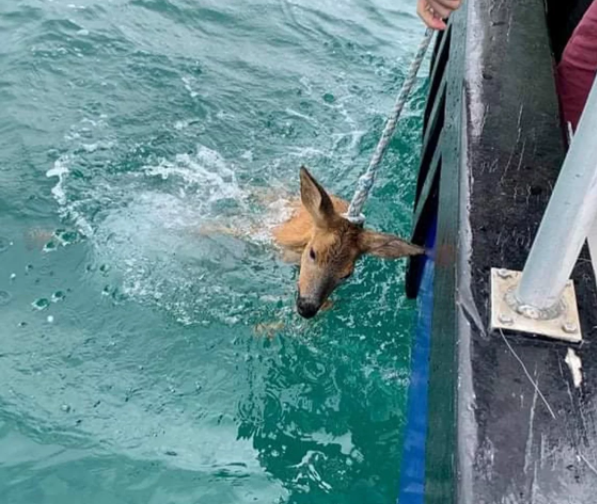 The incident was observed by his partner, Natasha, and their 3 kids. They were also on the boat and assisted in the mackerel fishing.

Bowditch saw the deer’s distress and brought his boat closer to the struggling animal.

He got his mackerel lines lifted so that the deer was not caught into it. He turned the lines into a lasso to help the deer climb up. The deer rescue felt quite intense and Bowditch assumed that the strong water currents had pulled the deer into the deep water. The deer would have probably drowned if he had not spotted it. 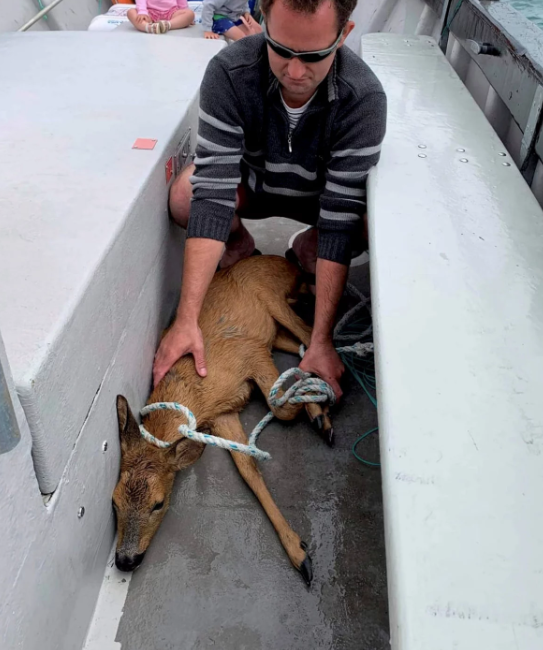 Deer are good swimmers and can cross large rivers or seas to get to distant places. Mark had heard about deer swimming from Weymouth harbor but it was the first time he had seen it, before the deer rescue.

The officials had heard about the deer rescue and came to help the skipper. The animal was released near the Nothe Gardens. It was not ready to leave due to its fatigue but eventually ran off into the forest.