Elephant Teaches Humanity Not To Forget The Ones Who Cared, After Reuniting With The Vet 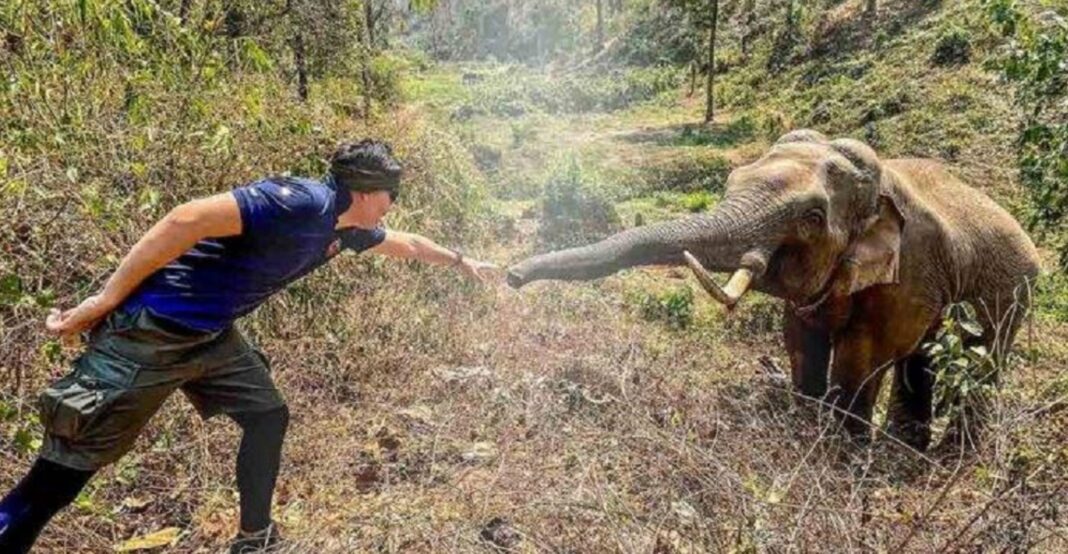 Elephants are huge creatures who are very often seen becoming extremely violent and wreak havoc around them. On the other hand, it can also be seen at times that these massive creatures might be large in appearance but have a sensitive and smart aspect. These different qualities of this animal make them very talented and unpredictable to human beings.

One of the best features that make elephants distinct from other animals is that they usually have an acutely sharp memory. Elephants can sometimes remember things that took place several years ago. In addition, these enormous animals feature in many folk tales that describe the ways in which they remember the ones who had treated them wrongly. Furthermore, they can also take revenge on them many years later.

Nonetheless, it is important to remember that elephants are very innocent and sensitive creatures by nature. Moreover, these animals have certain biological factors that force them to turn violent at times. On several other occasions, elephants take on a violent and destructive role because of the reason that they are harassed and tortured by men and their activities.

Recently a piece of surprising news came to the forefront. It took place in Thailand. An elephant named Plai Thang came face to face with a vet that had treated him almost 12 years back. The element of surprise was that this elephant was successfully able to recognize the vet even after so many years.

This elephant was 31 years of age when it had first met the doctor at the vet named Dr. Maneeon. The animal had been in a severe condition during that time when the doctor had treated and made it better. It is known that the large animal had been suffering from a very critical condition known as trypanosomiasis.

In simple words, this condition is called sleeping sickness. However, it was very fortunate that some of the officers from the Organization of Forest Industry had found him before it was too late. After finding Plai Thang they took him with them and were treated by their staff members with care and precision.

Dr. Maneeon has informed that Plai Thang was extremely aggressive towards the beginning. However, he received an ample amount of care and love from him and the staff. As a result, the animal soon became mellow in nature and began recovering. After many months of care and treatment, Plai Thang had been released into the wild.

Read Orangutan Offers A Helping Hand: A Lesson In Kindness For Mankind

Acts of Kindness and Gratitude

Now it has been 12 years since the treatment and recovery of those elephants. Recently when Dr. Maneeon had been patrolling around the very same area in the wild forests, he came across Plai Thang. Apparently, the animal heard the sound of Maneeon and appeared in front of him. The doctor was taken by complete surprise when the elephant recognized him despite being numerous since the treatment.

In addition to recognizing his doctor, Plai Thang took a step further. The animal greeted his doctor with great enthusiasm when the doctor saluted him. The elephant looked visibly excited after being reunited with him after so many years.

During an interview, the doctor stated that he clearly remembers the sound made by Plai Thang. This is mainly due to the reason that his sound was very unique. He even adds that he was very weak when they first brought him in. Although after a long healing process, he started responding well.

When the doctor recently met Plai Thang, it was indeed a special moment for both of them. They greeted each other with love and surprisingly Plai Thang recognized him. Hence, elephants are capable of remembering things and have a strong memory.