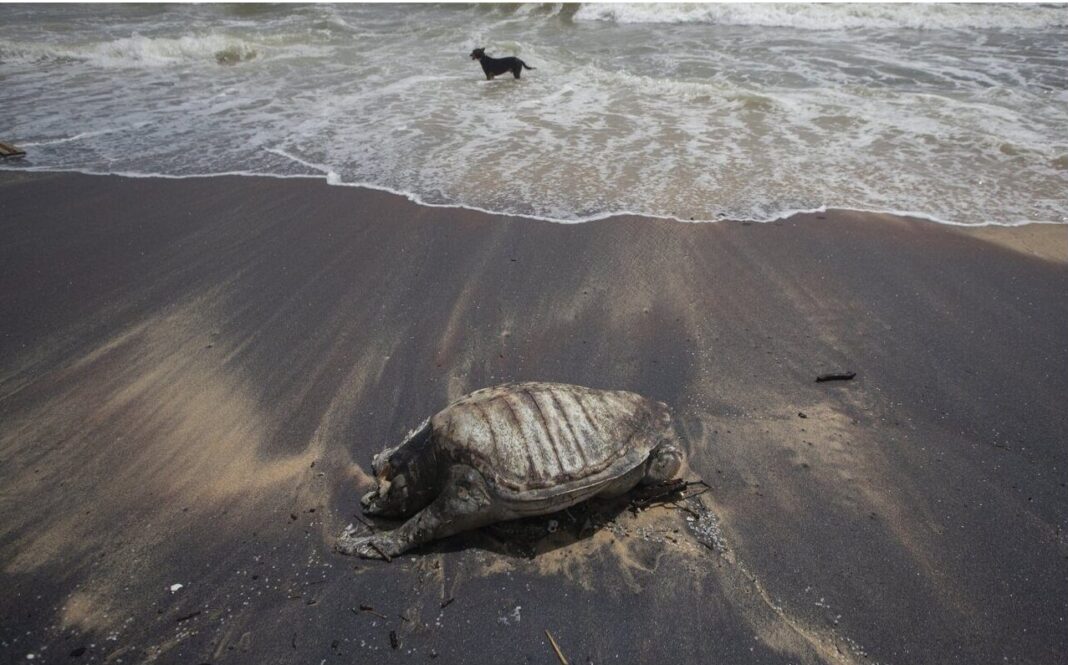 In June, the small island nation of Sri Lanka possibly suffered its worst marine disaster in history. As a result, a few hundred dead turtles have been found on the western coast of the nation.

The disaster was caused by a cargo ship named MV X-Press Pearl catching firing and then sinking off the western coast. The fire broke out on 20th May. Onboard, there were 1486 containers, inside which there was nitric acid weighing 25 tonnes. The Singapore-registered ship sank on 2nd June when it was being towed farther from the Sri Lankan coast.

The Dead Turtles Were Not The Only Victims

On 1st July, the ship’s Russian captain was presented in court, however, there have been no charges yet. The released toxins have claimed the lives of approximately 4 whales, 176 turtles, and 20 dolphins. Madawa Tennakoon, the deputy solicitor general, reported the numbers.

A television station in the locality released a video in which corpses of dead turtles can be seen. Innumerable plastic pellets were also scattered across the shore. Volunteers could be seen working hard to clean the beach. Mahinda Amaraweera, the environment minister, said that the ship had over 190 cargo items. Alarmingly, most of them were made of plastic. 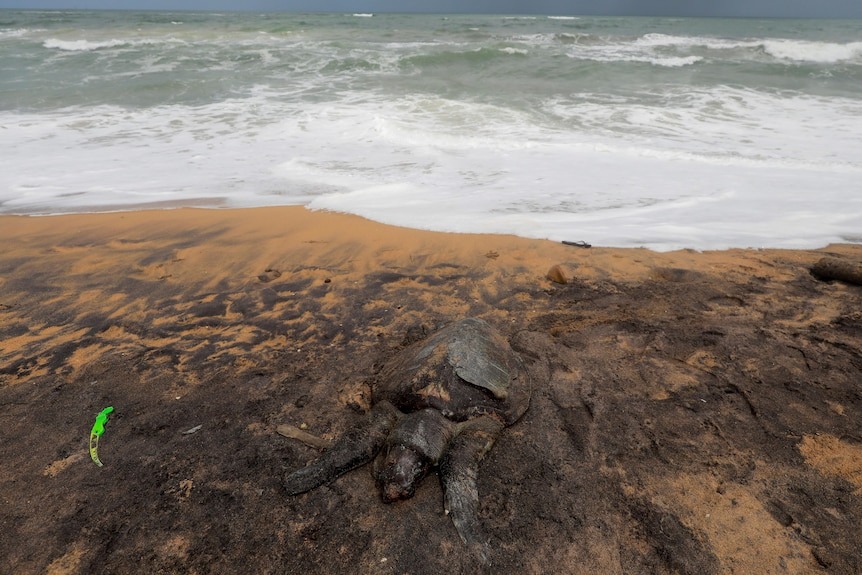 He explained that in the period of the season of the monsoons winds from the south-west, marine creatures have never been known to die like this. Most of the corpses of the dead turtles have washed on the western coast – the coast that had been impacted directly by the cargo shipwreck.

The government of Sri Lanka has so far mentioned 15 people as co-accused for cases about all the resulting damage. This includes the name of Tyutkalo Vitaly, the captain. After the procedural court hearing on 1st July, Thursday, Vitaly did not say anything on the matter. He was unavailable for any more comments as well. However, the country has barred him from leaving Sri Lanka.

In the last week of June, authorities stated that fishing bans had been lifted in selected areas of the western coast. However, experts warn that marine life will continue to be affected by the disaster.