Indian Ocean Dipole: The Link To Unexpected Climatic Phenomena Over The World. 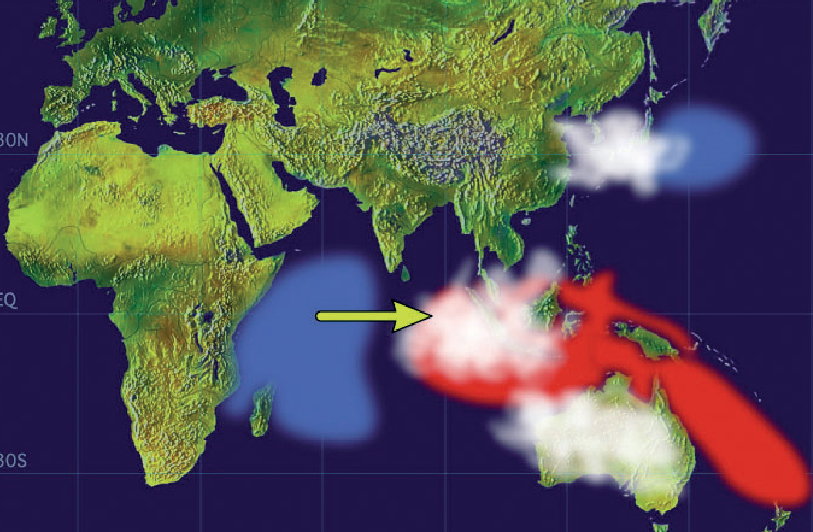 Events thousands of miles apart in Europe and Australia might seem unrelated. Floods and landslides killed hundreds and forced hundreds of thousands more out of their homes in China, Germany, and its neighboring countries, while at the same time, Perth faced its wettest month this July in several decades. But scientists say that both events are linked to the higher than normal temperature variance on either side of the Indian Ocean, something meteorologists refer to as the Indian Ocean Dipole.

Australia’s meteorological department said there was a negative Indian Ocean Dipole that brings in wet weather. What causes it, and what is its effect on the countries that straddle it?

The Indian Ocean Dipole is a natural phenomenon at times referred to as the ‘Indian El Nino or La Nina’ for its similarity to the Pacific equivalent. It refers to the difference in surface temperatures at opposite ends of the Indian Ocean. It is caused by the interacting currents on the surface of the ocean plus atmospheric circulation.

Also read: Fifth Ocean On Earth Has Been Discovered And Is Located Near Antarctica

The Indian Ocean has dissimilar weather patterns in its eastern and western parts. While temperatures in the eastern part of the ocean oscillate between cold and warm. But the western part goes through cyclical phases that are referred to as ‘positive’, ‘neutral’, and ‘negative.’ 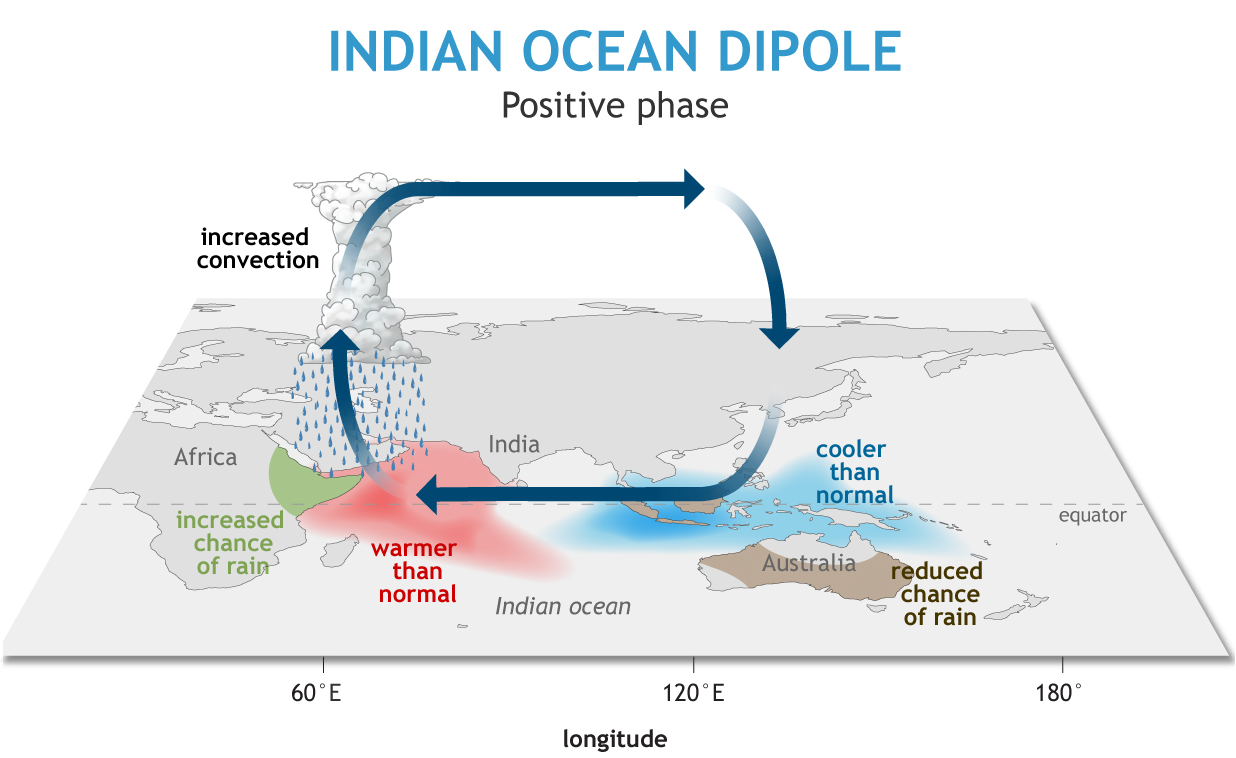 The El Nino causes dry weather in large parts of Australia, while La Nina does just the opposite, bring heavy rains. The Indian Ocean Dipole does the same as it goes through its negative and positive phases. 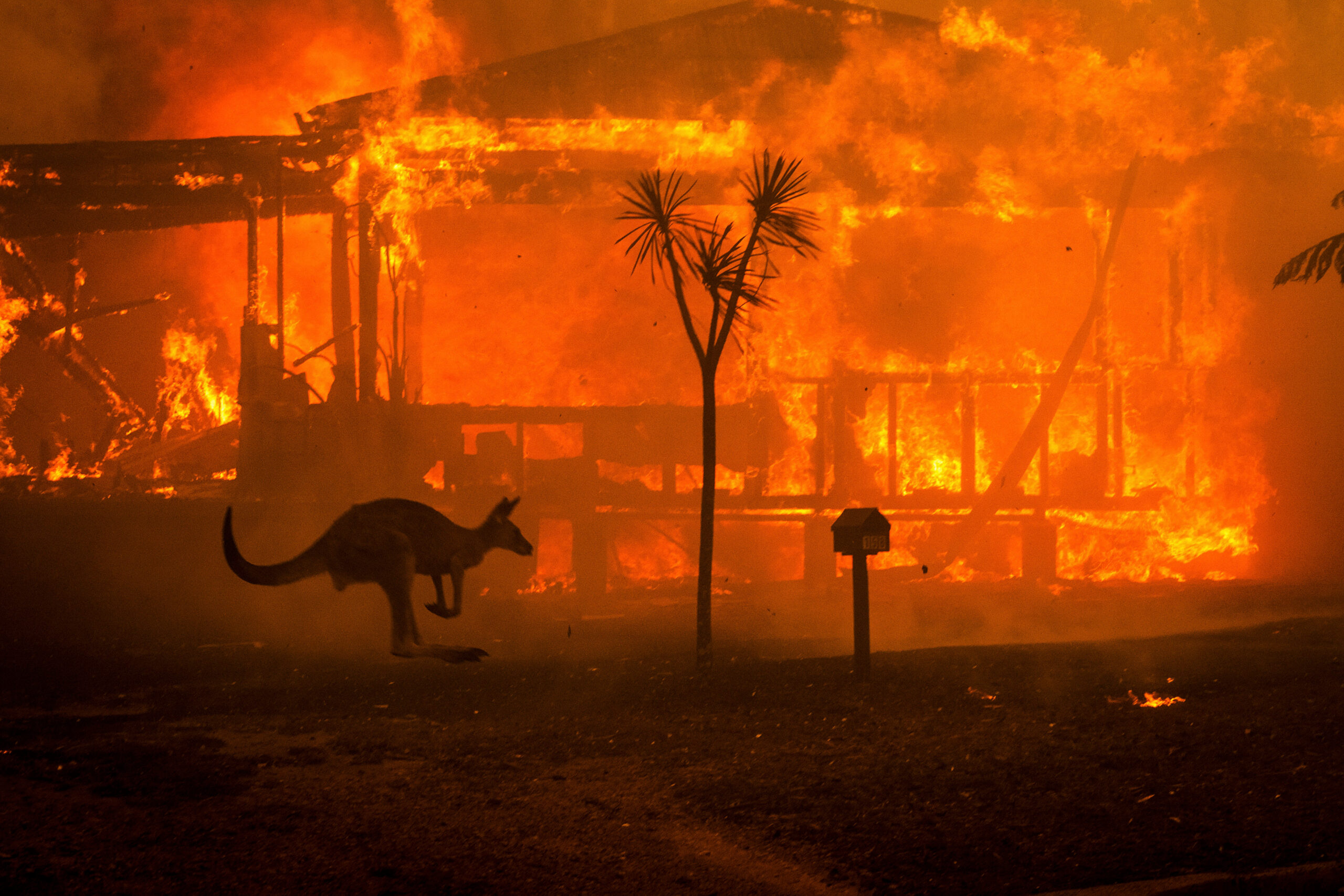 There are fewer negative Indian Ocean Dipoles and they are usually weaker. But they still manage to cause extreme climatic conditions including hard rain and flooding.

Temperatures in the eastern Indian Ocean, east of Indonesia, are warmer while the African end of the Ocean is cooler during the negative phase. This tends to cause moist air to blow towards Australia, which favors wind pattern variations in ways that lead to higher than normal rains in southern Australia, including parts of south and west Australia, Victoria, the Australian Capital Territory, and New South Wales.

Events linked to Indian Ocean Dipole start in winter or the later part of autumn, lasting till end-spring. The arrival of the monsoon in northern Australia brings an abrupt end to this condition.

How Does The Indian Ocean Dipole Concern Australia?

The next few months, including winter and spring, are predicted to be rainy under the influence of the negative Indian Ocean Dipole, especially in the southern part. Above-average rains have been predicted over the next 3 months.

Meteorologists have declared this as the first negative IOD after 2016. The one in 2016 led to the second-wettest period in winter. It led to flooding in Victoria, NSW, and South Australia. The condition also led to severe flooding in East Africa and heavier than normal rainfalls in Indonesia.

The conditions also indicate that daytime temperatures are expected to be cooler, and nights, warmer. But each negative IOD is different, and it is difficult to predict its behavior accurately.

The chances of heavier than normal rains are sure to benefit crops like grain. Previously, negative IOD has helped produce bumper crops in the region. It has also led to higher than normal snowfall in the High Country in the northeast part of Victoria.

Southeast Australia has suffered its worst dry spell and severe droughts due to the absence of negative IOD for several years. Current forecasts show that the negative IOD this year will be milder than usual and hopefully will not cause any natural calamities.

The current wet weather in parts of south and southeast Australia is not directly linked to the negative IOD. The effect of the negative IOD is usually seen further to the northern and eastern part of Australia covering areas such as Port Hedland and Geraldton rather than Perth further south.

Heavy rains and subsequent flooding have also been reported in Germany, the Netherlands, Belgium, and China. It is too early to predict but the events appear to be related to the atmospheric jet stream in the Northern Hemisphere, and not to the negative IOD. 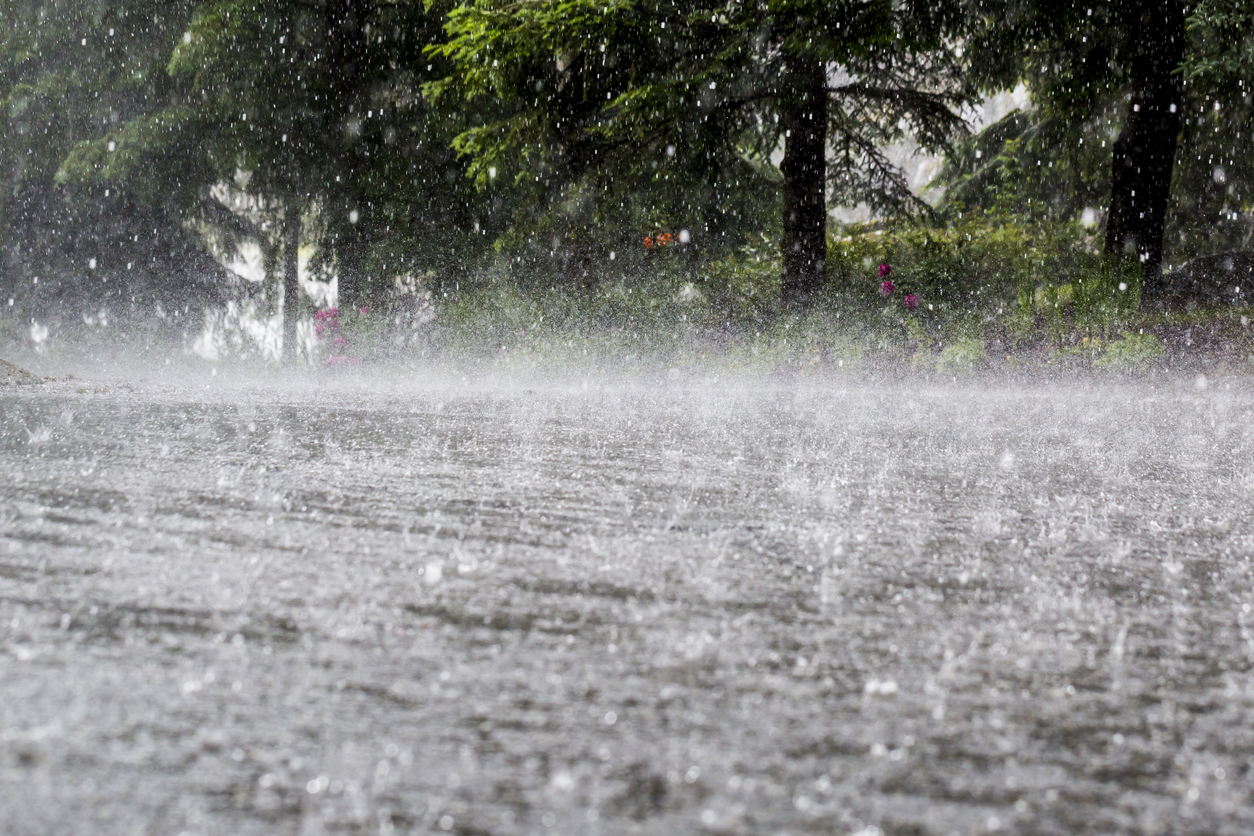 The atmospheric jet stream, a narrow stream of strong and sustained winds flowing in the upper reaches of the atmosphere, is formed when hot air meets cool air. Any changes in the jet stream cause extreme weather.

Climatic changes caused by human interference are being linked to more positive IODs in the eastern Indian Ocean which is leading to more droughts in eastern Australia. Meteorologists studying climate models have predicted more positive IODs in the future. This is likely to cause more bushfires in the east. The number of negative IODs is naturally expected to go down though scientists have yet to make any definite forecasts about it.

Scientists are still in the process of gauging how much climate change has influenced weather patterns. They are yet to assess the roles that climate change has played in the recent European floods. But we can be sure that rising temperatures around the world will lead to more instances of extreme climate like the North American heat dome, the hard rain in Germany and China, and the drought in Madagascar. And only a drastic cut in emission immediately can help control future climate changes.