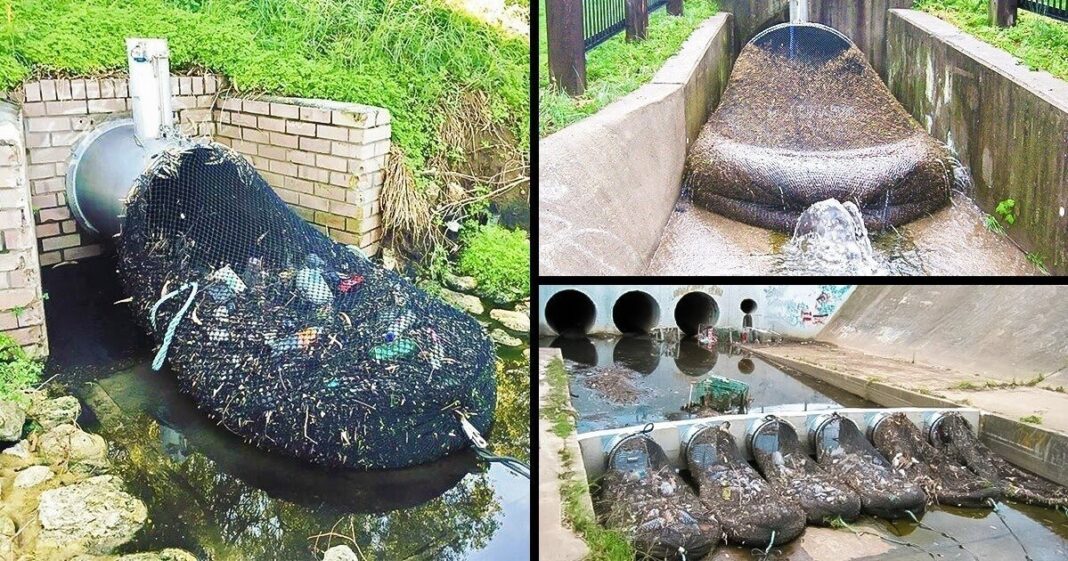 Pollution has become an overriding issue for both governments and the common man. People have tried to control it at various levels. Most cities and towns have tried at their stage to control one of the most visible and tenacious forms of pollution, water pollution.

The ingenuity of a small Kwinana, a small Australian town near Perth, with a population below 40,000, in saving their town from water pollution has been an absolute success. Scientists and town planners have had their attempt at controlling the water pollution in their town which prevented around 370 kg of waste from ending up in their reservoir.

The town administrators deployed large nets to filter out common objects that lead to water pollution in their town. The water flows to a wildlife reserve nearby. The nets act as sieves and stop the waste from flowing out to the Henley reservoir, which has a large variety of wildlife.

The nets did not cause harm to any creatures as none were found trapped inside. The nets were first placed on the water outlets and were filled with rubbish by July. The nets cost around $15,000. The cost included the designing, manufacture, and installation of the nets. The full nets are lifted by machines and loaded onto trucks, they are then taken to a facility where they are sorted into recyclable objects and compostable material. This extra effort ensures that all the waste that doesn’t end up in landfills is properly disposed of.

Read: Australian States In A Race To Rid Single-Use Plastics: A Shining Example For World Politics

The idea has received praise on social media with over 2 million people have seen it on Facebook. The Mayor of Kwinana, Carol Adams said that the town’s attempt at controlling water pollution showed that it is important for the administration to act at all levels. These small steps add up to finally have major impacts on controlling pollution.

The town council of Kwinana hopes that their ingenious solution to the problem of water pollution in their small town will inspire other similar towns and cities to devise resourceful ways at the local level to control the menace of pollution at all levels.