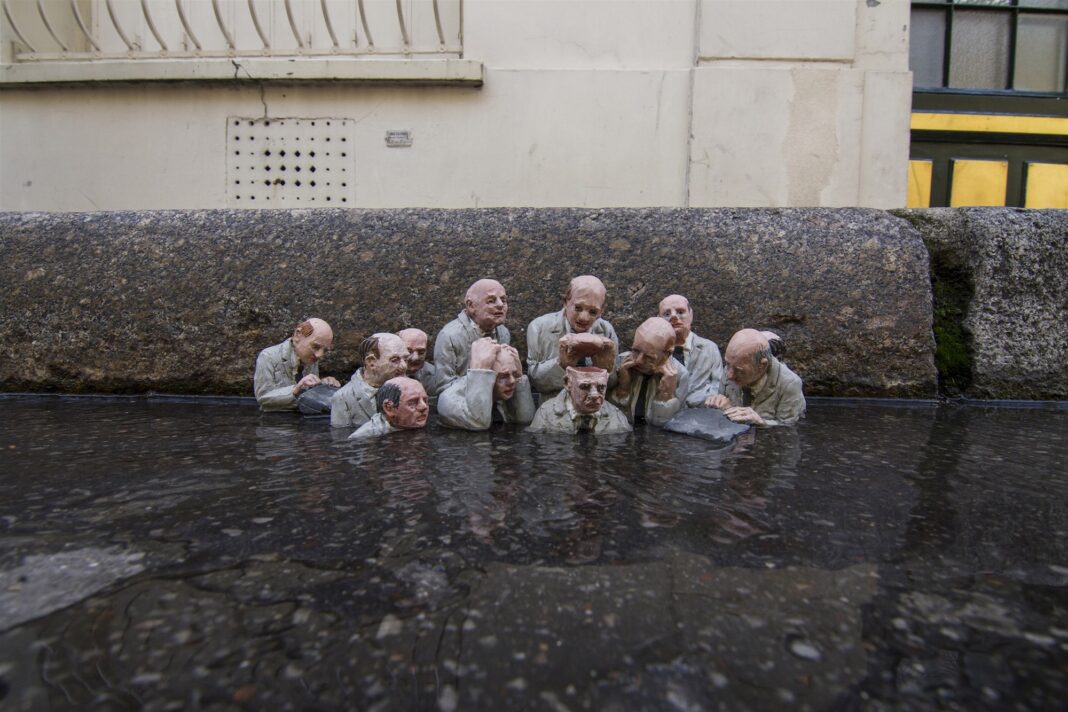 Isaac Cordal is a street artist from Spain. Almost a decade ago, in 2011, he had made a peculiar installation depicting politicians who are talking about global warming. Ever since then, the internet has refused to let go of the images. Especially now, as the effects of global warming are being felt more and more every passing day.

Presently, the sea levels have risen to their highest levels in mankind’s recorded history. Along with it, temperatures around the world are increasing as well. Studies have continued to forecast that by the time the 21st century ends, there will be a rise of 3 feet increase in sea levels.

To that effect, a New York landmark clock now keeps a different kind of time: the time left for us to fix the climate crisis. In 2020, the clock was counting down 7 years. By now, 1 year has passed. When the deadline arrives, our greenhouse gas emissions will be enough to raise the temperature of the earth by a whopping 1.5 C. This was the 2015 Paris Agreement goal. However, recent studies have revealed that meeting this goal is practically impossible now.

This specific sculpture by Isaac Cordal is called “electoral campaign”. It is a component of “Follow the Leaders” which is a bigger installation. The installation was featured in the German capital of Berlin.

Now, on to the sculpture. The men in the sculpture are indistinct. They stand for the businessmen and politicians who run our present world of capitalism. Years of capitalist greed had a major role to play in the planetary climate crisis that we are facing right now. Isaac Cordal thus fittingly described the pieces as reflections of humankind’s decline. He clarified that we are living while being immersed in a societal collapse. Society has to change to ensure its survival.

This is not the only thought-provoking sculpture by Isaac Cordal. He is famous for working on several such works of art. He then usually installs in Europe’s most prominent public spaces. Cordal also keeps documentation of the installations, and the whole process involved.

This sculpture depicting politicians still talking about global warming even as they drown is a powerful commentary, to say the least. It shows how one day the entire world might be drowning. However, that will not stop politicians and similarly powerful people still wasting time “talking about” what needs to be done. It also shows how politicians have a tendency to pander to the needs of their wealthy capitalist acquaintances than the common people who give them the power. 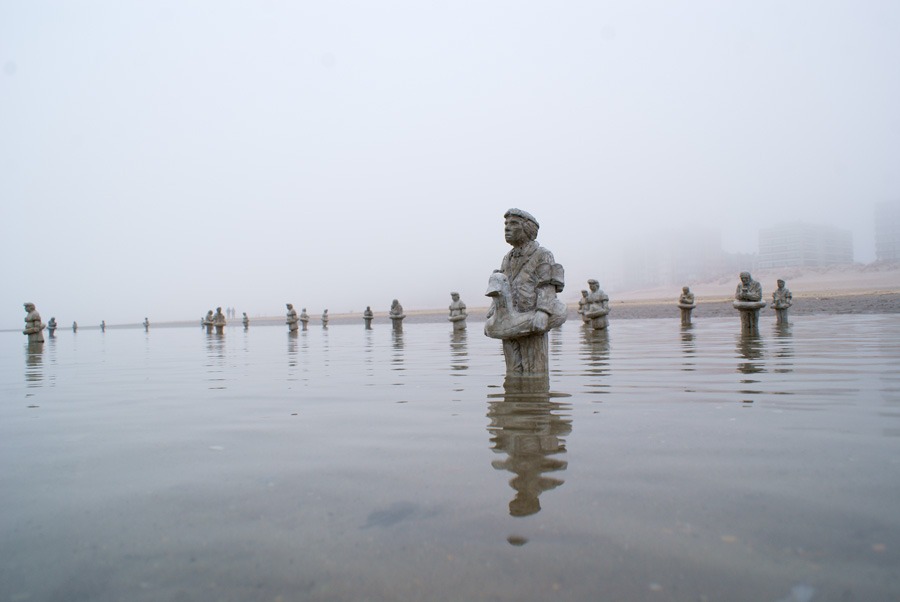 Another notable work of Isaac Cordal is named “Cement Eclipses”. In this one, he criticizes our present societal system and its beliefs. Most of the time, we are made to believe that individual efforts hardly matter. However, Isaac Cordal insists otherwise. He believes that global momentum originates from small changes at the individual level. According to him, this is the first step to bringing a big positive result.

In his 2012 “Waiting for Climate Change”, Isaac Cordal installed figures all along the Belgian coast. They are shown to be fighting climate change. But all of them have a different sense of urgency to their actions. In 2013, he had created one more installation with the same name. This was installed in France’s Chateau des Ducs de Bretagne moat. Here the figures are seen wearing business suits. On the website, they are described as absently watching the rising water level.