Mining At The Salton Sea: Area Set To Become A Massive Lithium Source In The US

With the planned electrification of all cars going ahead in full stream, the demand for lithium is set to hit the roof. General Motors has set its sights on the Salton Sea in southern California to extract Lithium from its waters. And environmentalists are up in arms and say that the move is environmentally destructive.

The planned venture at the Salton Sea is set to become the first major lithium mining site in the US. The deal has been struck between General Motors and Controlled Thermal Resources, a mining company. The Salton Sea is a highly polluted site. 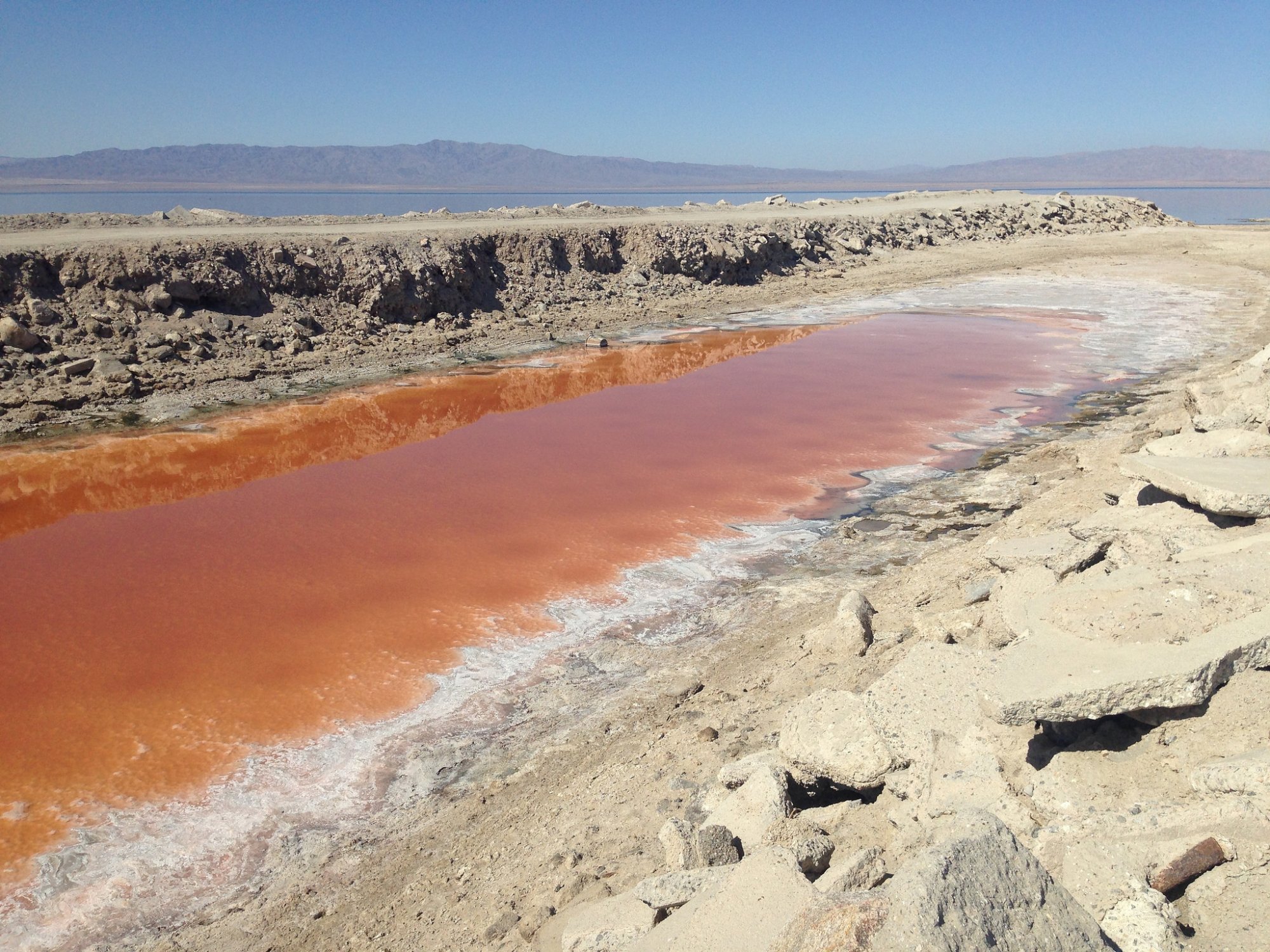 The Salton Sea is an artificial reservoir created from agricultural runoffs over decades. It is a saline shallow lake in the California Desert. Close to vacation hotspots like Palm Springs and Joshua Tree, it has the dubious distinction of being among the greatest polluted areas on the planet.

Also read: Is Rare Earth Mining Killing The Environment? Undoing The Damage Of Unregulated Mining By The Chinese

It was formed when the Colorado River burst through the Poorly build irrigation control of Yuma, Arizona. By the time the breach was repaired, an inland lake 40 miles long and 13 miles wide was formed, covering a total area of 400 square miles.

The deal stuck by GM is a huge and complicated one and has naturally sparked concerns about the environmental implications involved. Many experts fear that we are already past the date to convert to renewable energy from conventional fuel, and if we do not go for it immediately, the chances of reining in climate changes around the globe will become impossible.

And we are already feeling the effects of it in the wildfires of California, the floods in Germany and China, and the famine in Madagascar. 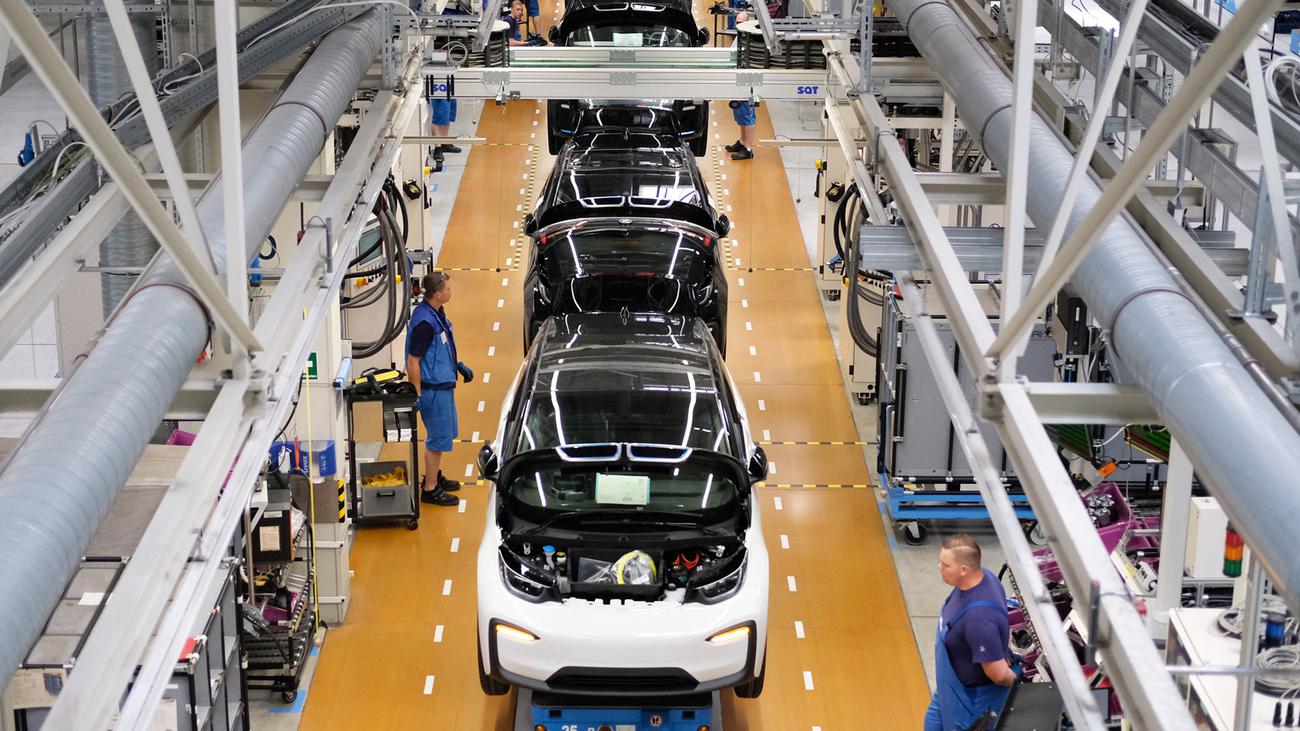 Conversion to electric vehicles will need Lithium on a large scale, and an upsurge in demand is anticipated. Total global demands are set to multiply in the range of 5 to 18 times in the immediate future. Most of the Lithium at present comes from mines in Australia, China, Argentina, and Chile. But the southwest part of the US has a huge storage of Lithium.

GM is hopeful that CTR will supply a substantial amount of the total lithium that the company needs for its line of electric cars. It is part of General Motors’ commitment to being first off the block to phase out gasoline-powered vehicles from the country.

It has set a target of 2035 for a complete halt to petroleum-driven cars. CTR should be delivering lithium from the Salton Sea by 2024. That should give GM sufficient time to go ahead with the phase-out.

While it appears the right move on paper, there are a lot of complications involved in this transition from gasoline to electricity.

Mining has been associated with the destruction of the environment, though Lithium mining may not be as destructive as strip mining. Years of research and efforts have not been able to solve the lithium mining problem of the Salton Sea.

Noted columnist David Bryant had suggested a move similar to the one being undertaken by GM. He had called for a deal to be struck with someone who would need the vast resources of Lithium found close to the Salton Sea.

But he had also made an interesting proposal for a trade-off by which the company that got the Lithium mining rights would invest in building a canal from the sea of Cortez to the Salton Sea. 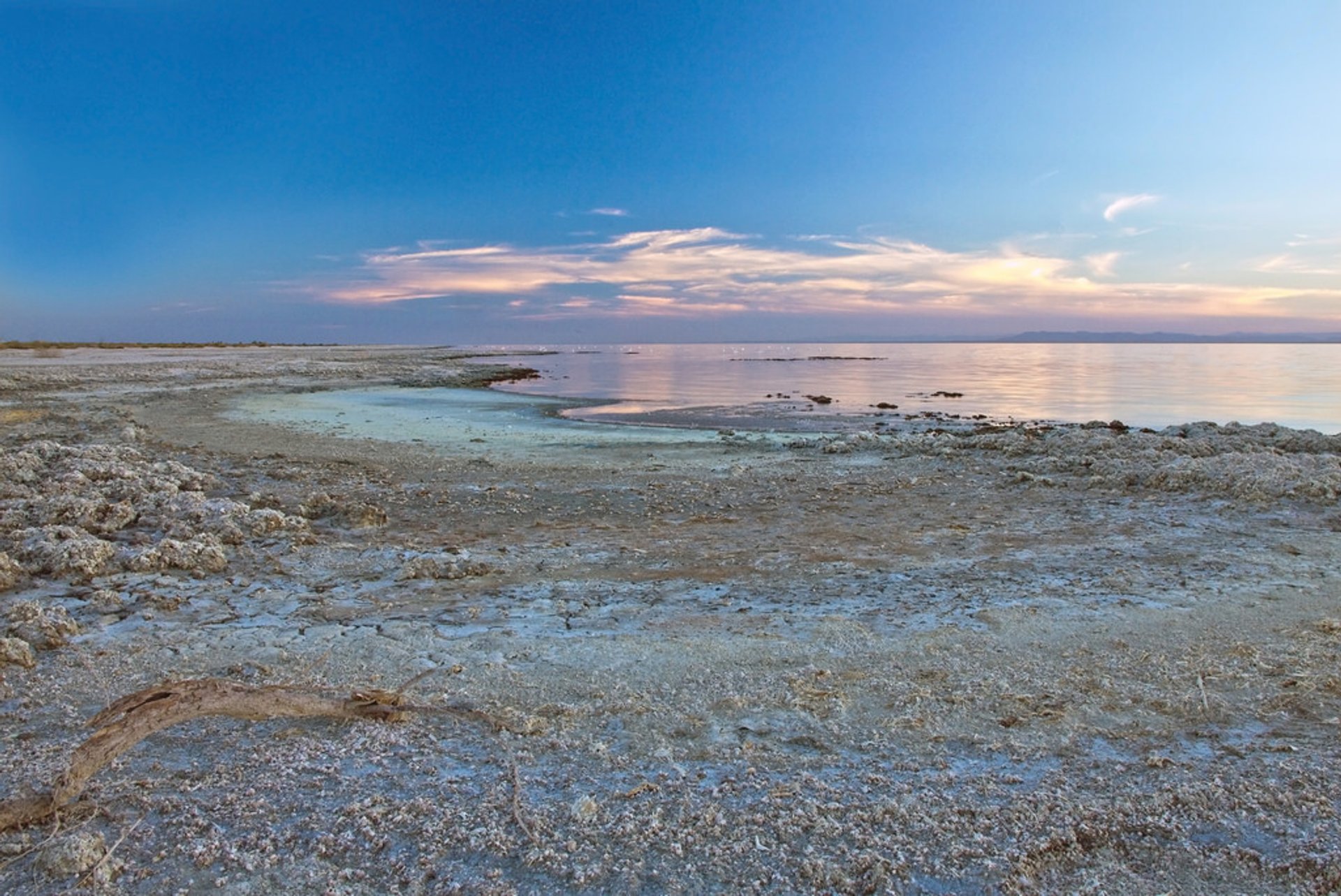 Environmentalists are worried that any mining activity allowed near the drying lake would send toxic dust spiraling into Los Angeles and Phoenix. The brine stores in the area hold huge reservoirs of lithium brine, probably the largest in the US. The area alone can supply nearly 40% of the mineral’s global demand, says the California Energy Commission.

Also read: Extreme Weather Conditions Are Upon Us Earlier Than Earlier Predictions

Californian Legislators have plans to develop the area as a storehouse of the mineral that can help in the transition from petroleum to electric vehicles.

California has made its list of stringent rules and has set 2035 as the cut-off date. Being the source of the main material required for this transition will make things much easier for the western state.

Eduardo Garcia, representing Imperial County says that it is a huge opportunity for the Southern California region to become a world player of such a vital product. The Salton Sea is located here.

The mining company, CTR has said that the whole process of production is autonomous and is also environmentally sound. They said that they plan to utilize renewable energy for the extraction of the mineral, found in underground brine reservoirs, rocks, and clay.

There are already 10 geothermal stations in the Salton Sea that are powered by underground steam. This power would in the future be utilized to pump up brine from the bowels of the earth, separate the Lithium, before returning the brine into the earth, all in the space of an hour. 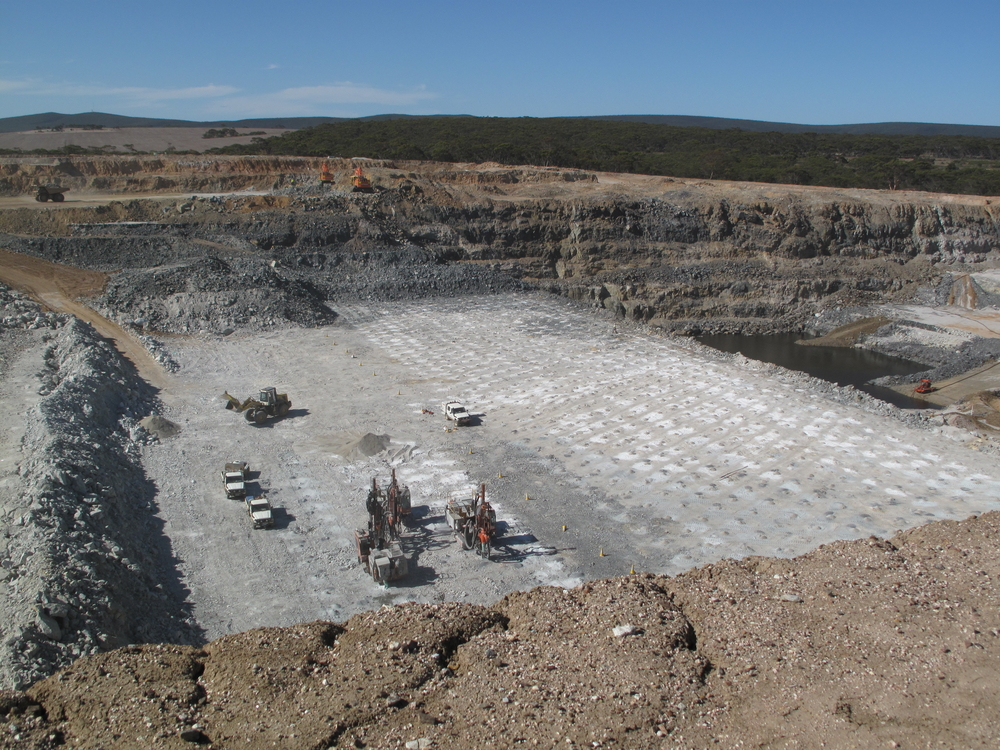 The lithium mining company said that they would not go for open excavation. In this process, brine is vaporized in pits under the sun, which leaves behind the minerals for further processing. CTR has claimed that this ion exchange process will use much less water and energy than conventional methods in use worldwide.

CTR has said that this process of using existing clean energy will not positively impact the environmental footprint of this industry.

Community Members Not Yet Convinced About Mining At Salton Sea

But community members are concerned about the process which they feel is complicated. It has no outlet and water runoff from agricultural land and the Colorado River feeds it. This has led to high salinity in the lake, as much as 550% more than in the Pacific Ocean.

What was at one time a thriving resort is now an environmentally dead area. Few creatures live in it, though it continues to be an important spot for migratory birds. A few towns nearby lie abandoned. Toxic chemicals like, selenium, arsenic, and pesticides are present in large quantities in the lake. Communities around the lake have reported double the rate of respiratory issues than in other parts of the country. 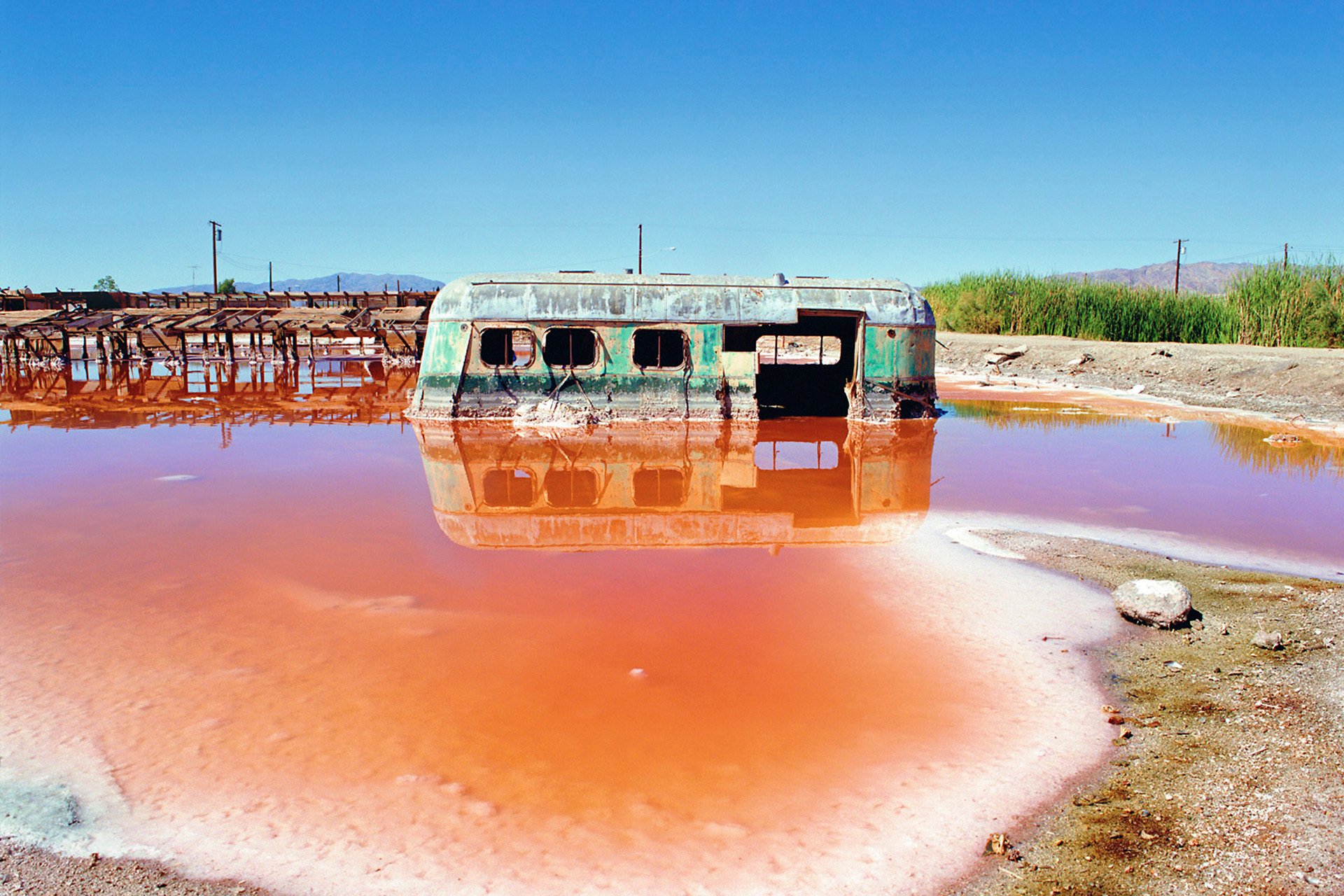 Also read: Plans For Development Could Endanger Sea Turtles In The Andaman Islands In India

The introduction of another potentially polluting industry will further vitiate the atmosphere feels Miguel Hernandez, an environmental activist. Researcher Katie Burnworth who monitors air quality says that the process would increase the pollution level in the area. Hernandez says that the local community has not been informed of the potential risk of Lithium mining that does use a lot of water.

But Kyle Wiens of iFixit, which is into technology repairs says that while he is against mining, this process promises to be better and any effort that will help us move away from gas and oil should be supported.