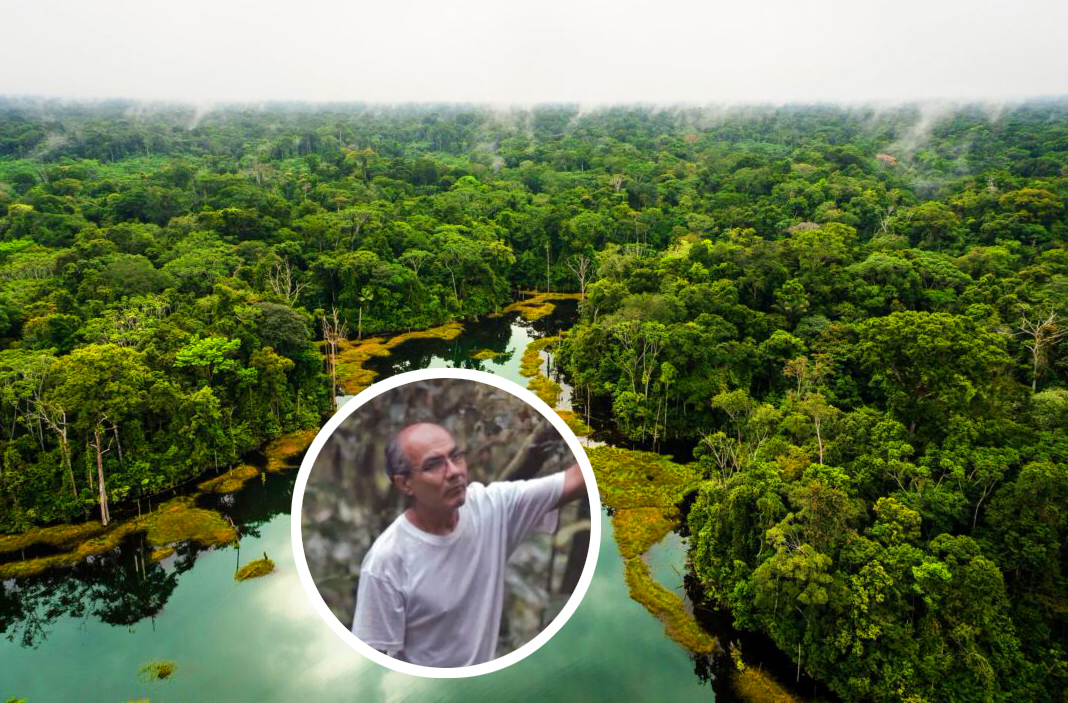 Omar Tello was extremely pained to see the rainforests being destroyed all around him, and wild animals and birds disappearing from their natural habitat. He then decided to regrow one on his own. Four decades ago he bought this piece of land and set about reforesting it. He gave up his comfortable accountant’s job and committed himself totally to his new love.

Omar Tello began by procuring cuttings and rare indigenous seeds from the heart of the Amazon basin. He carefully and methodically planted them on his land. Gradually the trees grew and with it came back the wild animals and birds.

It took Tello the first 15 years of his efforts merely to restore the soil such was the extent of destruction around him. He used, among other materials, sawdust as a base for the compost, adding other nutrients including chicken manure. Gradually it turned into rich soil with sufficient nutrients to support trees and plants on their own.

But Omar Tello’s land stretches only a few hundred meters each way. And around him is development, another word for the destruction of the natural rainforests. But now he has started to develop places other than his own. He is helping another to set up a forest of their own. His role is to share in similar projects.

Though the number of farmers who have joined hands with him is barely a handful, Tello knows that everyone’s contribution is extremely important. That is the only way to stop humankind from being wiped out from ever from the planet.

Omar Tello still follows a 16-hour routine but says he still loves his tiring routine. He has four children, two of them with special needs.

He has a separate nursery for the saplings, of which he always has around 10,000. He has given up many of the plants to people interested in planting trees. He also has a nursery for ornamental plants, his only source of income. It has been an extremely tough journey for Omar Tello and Lupe, his wife, but it has been rewarding.