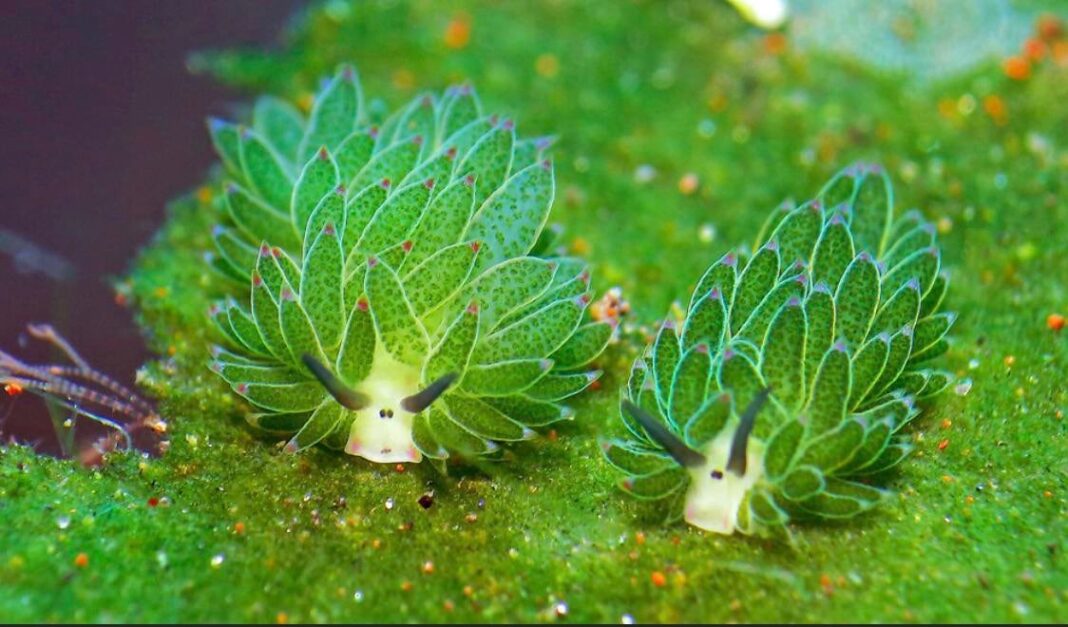 ‘Leaf sheep’ are a bizarre kind of sea slugs that is biologically named ‘Costasiella Kuroshimae’. This sea slug has recently become viral and gained massive attention from the netizens and all for positive reasons. This leaf sheep does not only have a completely strange and cute name but also has a very cute appearance. In addition to this, this sea slug is categorized as the only multicellular animal clade which is able to photosynthesize light and turn it into food. 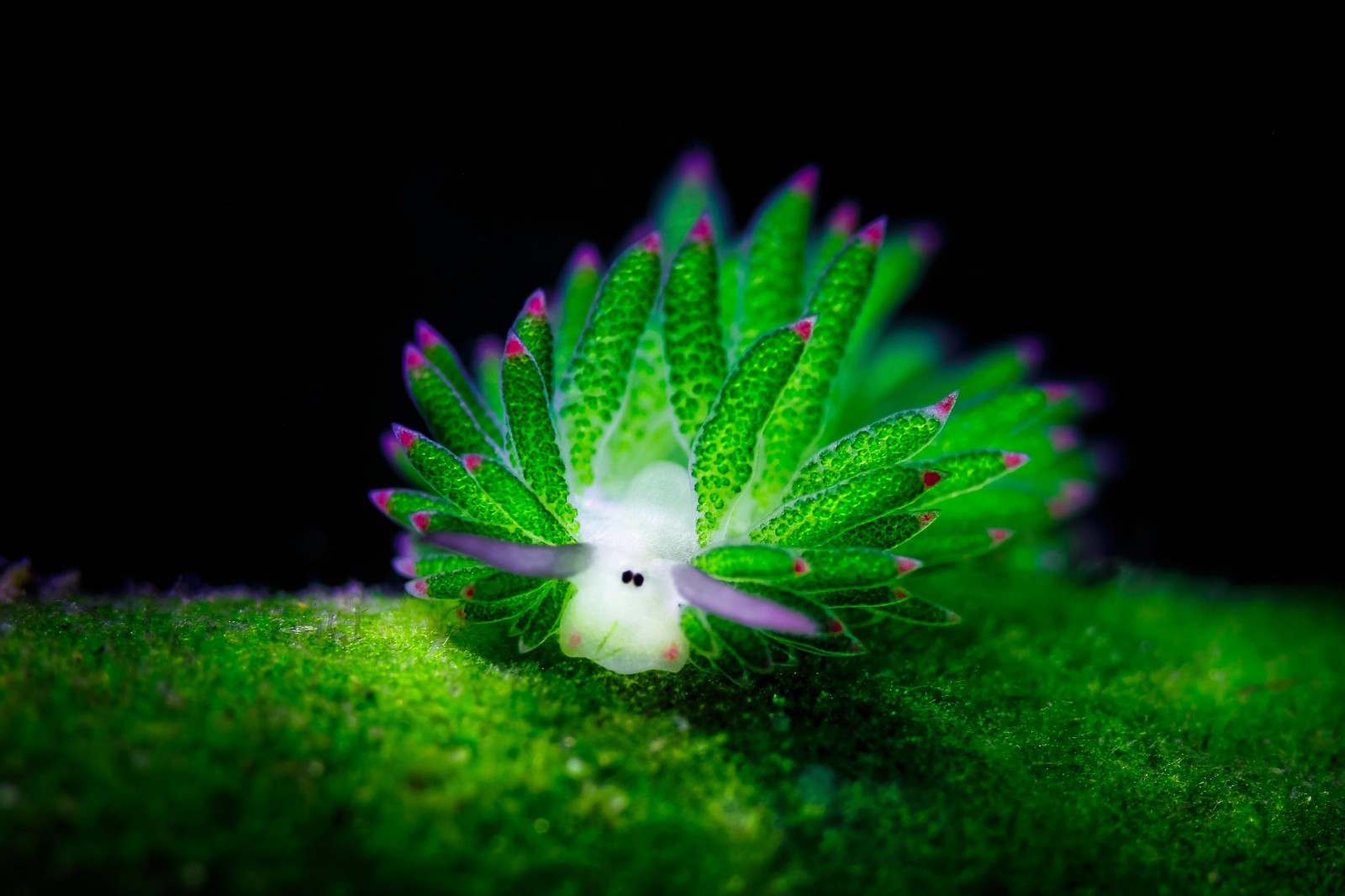 Recently amazing pictures of this leaf sheep have emerged on the internet that was posted by a user on their Twitter account. The photos show the mouth and eyes of the leaf sheep along with the cerata. This cerata looks like a leaf-like appendage that covers the entire body of the sea slug. Moreover, the cerata are also filled with an algal chloroplast. These chloroplasts are actually organelles which help the organism in the process of photosynthesis with the use of chlorophyll.

The process of photosynthesis conducted by these special sea slugs is called ‘kleptoplasty’. The sea slugs are usually one centimeter in length and they graze on the green algae. While they graze on the algae, they also manage to retain some of the chloroplasts that are consumed by them in the process.

Read: Trees Interact With Each Other Through An Underground Web

Following this retention, the leaf sheep makes use of the retained chloroplasts in order to photosynthesize energy through the light and transform it into usable energy that is food. The end result of this is that the sheep slugs can successfully manage to survive on solar power only for several months after photosynthesis.

Many people are quite curious to know the way in which a sea slug looks while it is in motion and have asked if they look as cute while they remain still. The answer to this is certainly yes. The viral video clearly shows that these cute seas slugs use their mouths that look like Heffer to scour the algae in the ground.

It is very obvious that every single feature of this leaf sheep is brilliant and very cute. They also have big horns that wiggle underwater and they are known as rhinophores. They appear extremely cute and helps the leaf slugs to smell out algae and other things around them in the seawater.

After describing the process and appearance of the sea slugs, it is apparent that they are indeed unique organisms. The fact that they are the only organism in the entire world that is not a plant yet is able to photosynthesize is extraordinary. This sheep is also able to produce enough energy through kleptoplasty that helps them stay alive for at least 2 months comfortably. 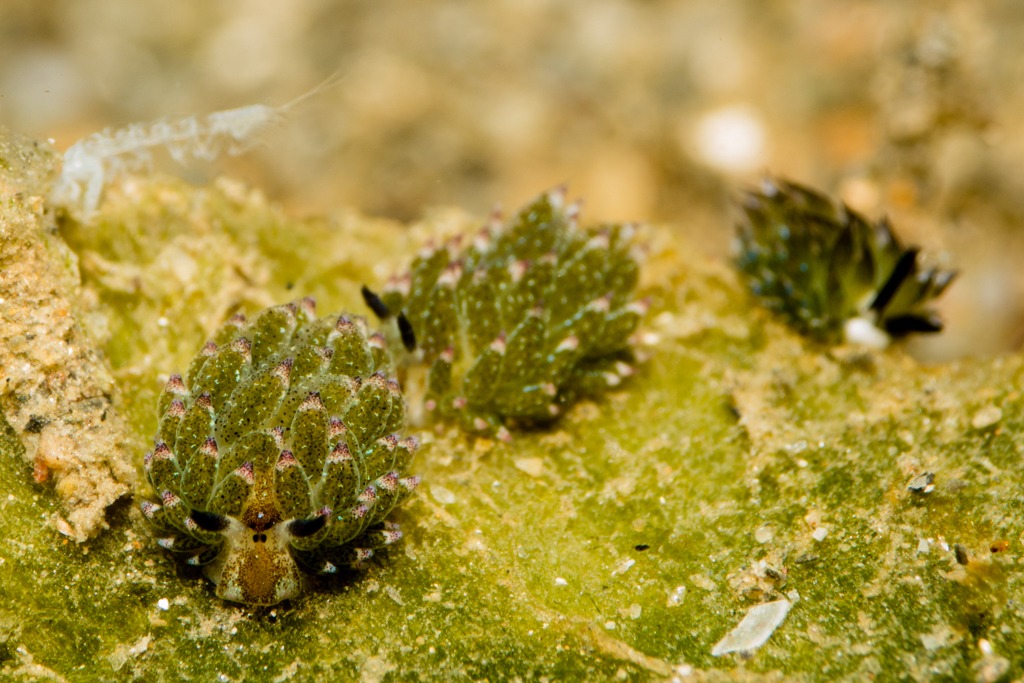 Unfortunately, these sea slugs normally can be seen in the waters of Japan that make it difficult to be seen elsewhere. There is another similar sea slug that can photosynthesize but is not as cute as this leaf sheep. This other clade is named Sacoglossa and commonly referred to as the Eastern Emerald Elysia. They are normally found along the coast of the eastern side of the US.

Read: Escobar’s Hippos Might Be A Positive Ecological Intervention

These cute leaf sheep had been discovered in 1993 off the coast of Kuroshima, an island of Japan. The leaf slugs are found in the waters near Japan, Indonesia, and the Philippines. The rhinophores also contain fine hairs which are able to sense chemicals in the water nearby. This helps the sea slugs obtain food and stay away from danger.