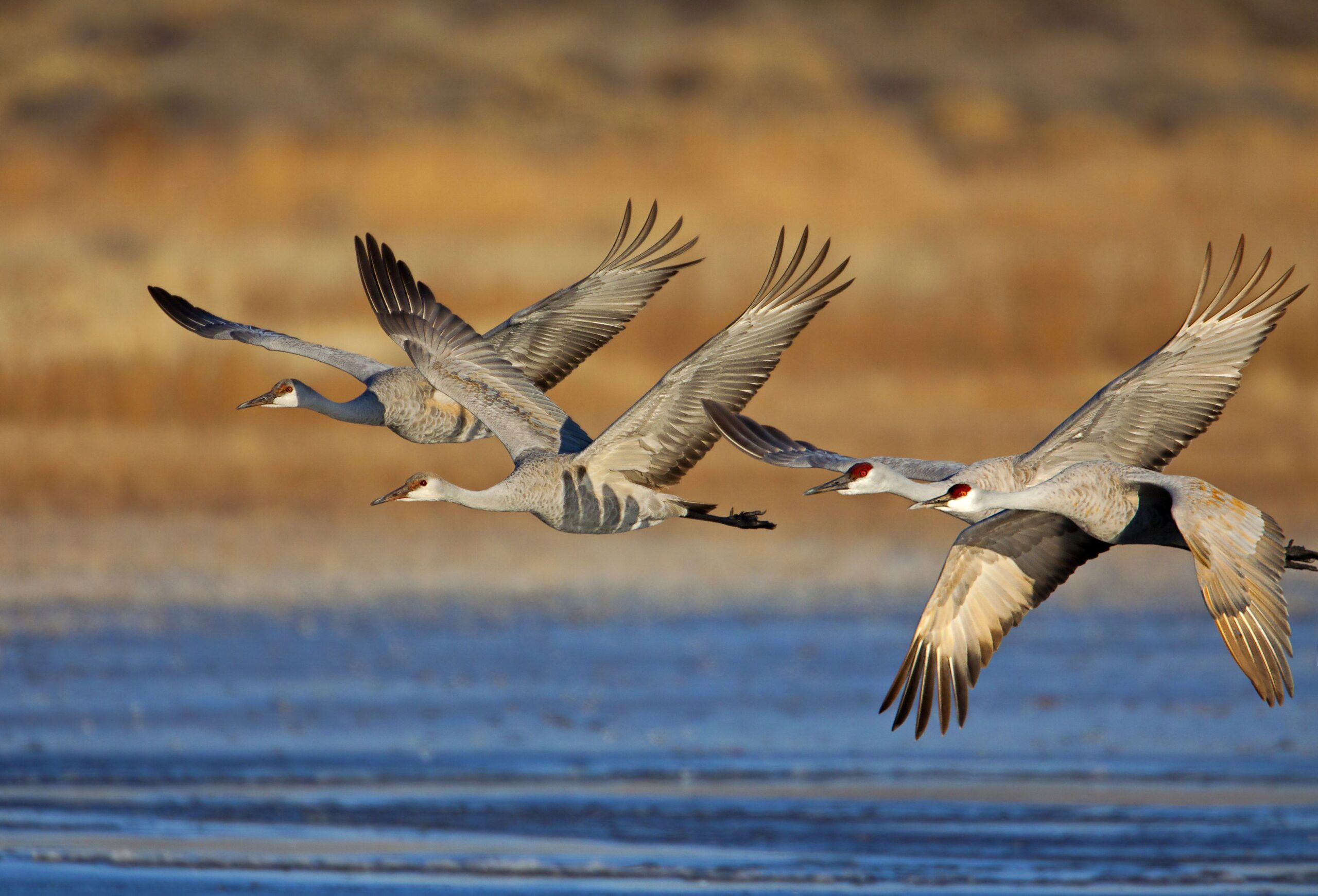 If one were to wake up early on a January morning, there is a huge possibility that they will be able to see migratory birds. Granted, they might have to elevate themselves to almost 30 feet through a metal pole. They might also need to be dressed up in thick weatherproofed cabling with aluminum antennas. But from that point, one would definitely be able to view the Punta Banda Estuary in the Northern part of Mexico.

A careful observer would be able to check up on the sandy bar of the estuary which contains mudflats packed to the brim with migratory shorebirds. Now, the statement begets a question.

Where Are The Migratory Birds Coming From?

The seasonal migratory birds usually frequent this estuary in the winter. Almost a million migratory birds breeding in the Arctic circle come visit before moving on the coast of Northwest Mexico. There is a big possibility that these shorebirds are simply tracking seasonal resources similar to fish spawns. 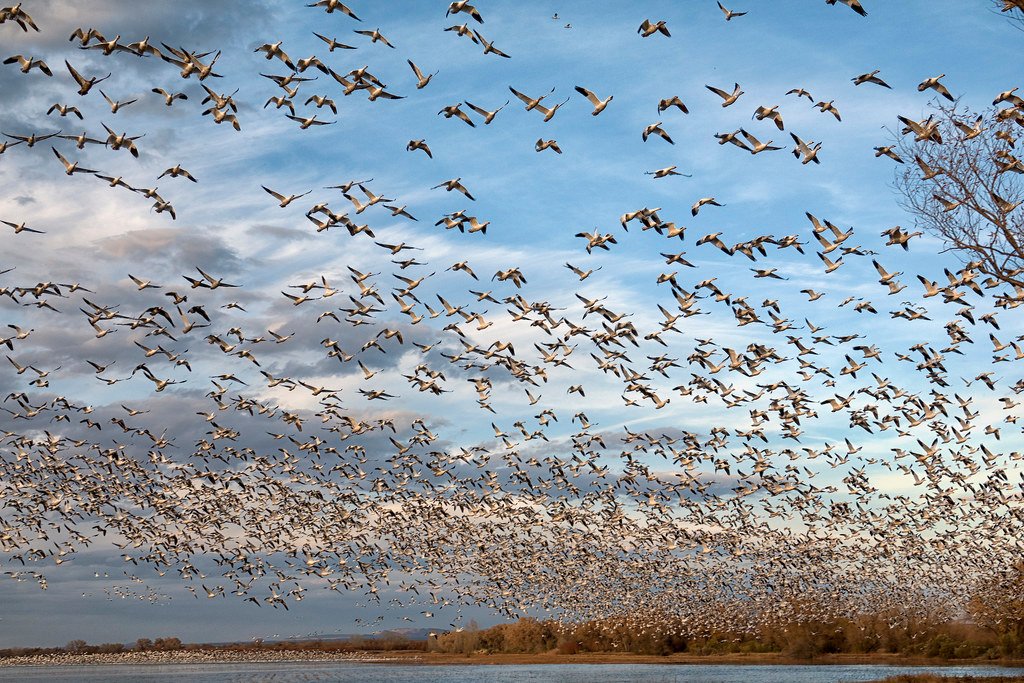 It could also be possible that the birds were simply scouting for better habitats for residing during the nonbreeding season. Although researchers have charted their trajectory, their course remains a mystery. The birds fly all the way to Mexico, and then chart a course of 3,100 miles of the Mexican coastline.

To be frank, tracking migratory birds is quite a difficult task. This has led to scientists building massive networks of radio devices which are called Motus Stations. Such stations work frequently between Canada and the USA which are quite useful in tracking the movements of the birds which are tagged. Nevertheless, such stations aren’t very frequent in the Southern part of America. This has created major crevices in the understanding of migratory shorebirds and their seasonal movements.

Studies focused on migratory birds in Mexico are usually devoted to the study of red knots which are stubby sandpipers that survive on muddy flats. Previously, one could chart the movement of such birds by wading through mud that was knee-deep.

Researchers would usually be trying to track the birds by looking for the flags tied to their legs. After this, the researcher would generally come near the birds to read the writing. The details provided would help identify the bird and its previous location. Needless to say, this wasn’t easy by any stretch of the term. Since the number of birds ranges in the thousands and there aren’t enough ecologists around, the risk to reward ratio isn’t high enough. 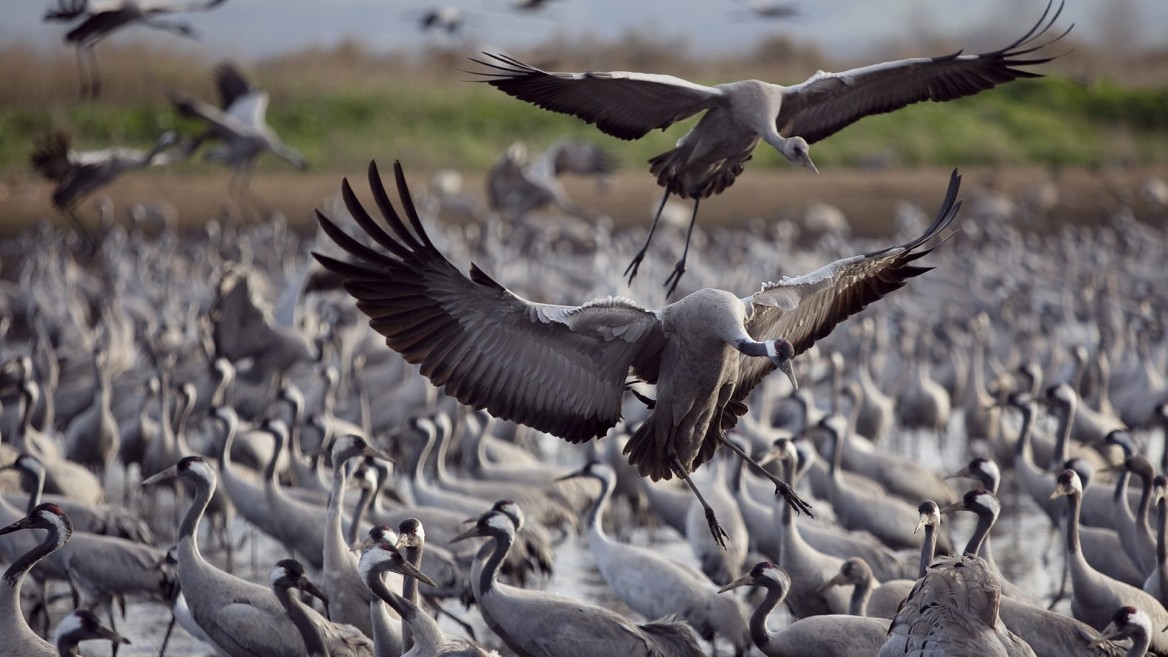 This makes it prudent for Latin American countries to have MOTUS stations around. It is believed that even a single Motus network in Mexico would help ecologists derive more data through tracking these birds. The project would have two components- firstly, they would have to attach transmitters to the birds. Then, they would have to build a station network so that they can be tracked.

According to reports, most of the Motus stations usually function in a way that is similar to a tower for cell phones. Researchers usually attach minuscule transmitters which weigh around 0.45gms to these birds. These transmitters, on their part, emit a pulse every 5 seconds. Every single station is connected through multiple antennas which usually point towards the site most used by migratory birds.

According to reports, a single Motus station is capable of picking up signals from migratory birds at a distance of 12 miles. Furthermore, since computers control the whole process, there are no worries of missing out on any detail. There is a small computer installed inside the station that first records and then sends the information to the researchers. This gives the researchers information about animals arriving, along with how long they would be staying in. It also shows them which direction the birds are going to take after leaving the periodic habitats.

A Network Is Important To Track Migratory Birds

Although there is just one tower installed at the Punta Banda estuary, there are projects of a dozen stations to be set up. These will allow most stations to track the migratory movement of the birds- which would then bring out more information.

The Punta Banda estuary is quite an important destination for red knots. As such, building a tower built on a pole of 30 feet overlooking the entire estuary is imperative. The hope is to build enough stations before the Red Knots come in for the winter.

For the months coming by, catching and then tagging the birds are important. As of now, detecting the sightings of the animals proves to be difficult without tagging. For this purpose, the team of researchers would be putting up nets. Springs power the mechanism. These would catch the birds on releasing the trigger.

No harm befalls the birds, and the researcher can tag them safely. The tags are simple transmitters that the sun powers – and extremely light so as to not harm the migratory birds. Since the younger red knots usually fly around a lot more, most researchers will aim at tagging almost 25,000 birds so that stations can pick them up.

Migratory birds or shorebirds are among the most threatened species of animals. The population of such birds has gone down by almost 37% over the last 50 years. The main cause is usually habitat loss and climate change. The Motus Station has a specific design to provide the proper information that working on the birds requires.