One of the most distressing visuals of climate change in recent years has been the signs of gaunt polar bears roaming aimlessly in lands devoid of ice cover. It is being witnessed across the polar region driving them to migrate. The focus is on the migration of the polar bears from Alaska to Russia in the last two decades.

Read: Polar Vortex: Triggering Extreme Winter Weather Even As The Planet Warms Up

It has been estimated that in the first decade of this century around 40% of polar bears in Alaska have moved out from the region. A focus on the migration of the polar bears reveals that rising temperatures in the region have led to the thinning of ice cover. There has been a rise of 4.8C (Over 8F) in average temperature in the region in the last 50 years.

The focus on the migration of the polar bears shows that the dwindling ice cover has resulted in the loss of sea ice, which directly hampers the polar bears’ hunting grounds.

DNA studies have shown that the bears are moving to areas that have more persistent ice cover around the year.

The giant animals seek fresh homes hunting grounds and shelter as a result of the melting land and sea ice. The migration has led to a boom in the population of polar bears on Wrangel Island in Russia.

The migration of the polar bears shows that the population in the southern region of the Beaufort Sea slid from a high of 1,500 to a mere 900 in 2001-2010. The Beaufort Sea is situated north of Alaska and Canada.

At the same time, there has been a spurt in the population of bears on the Wrangel Islands in the Chukchi Sea, which falls in Russian territory. The population here has risen from 589 to 747 between 2017 and 2020. 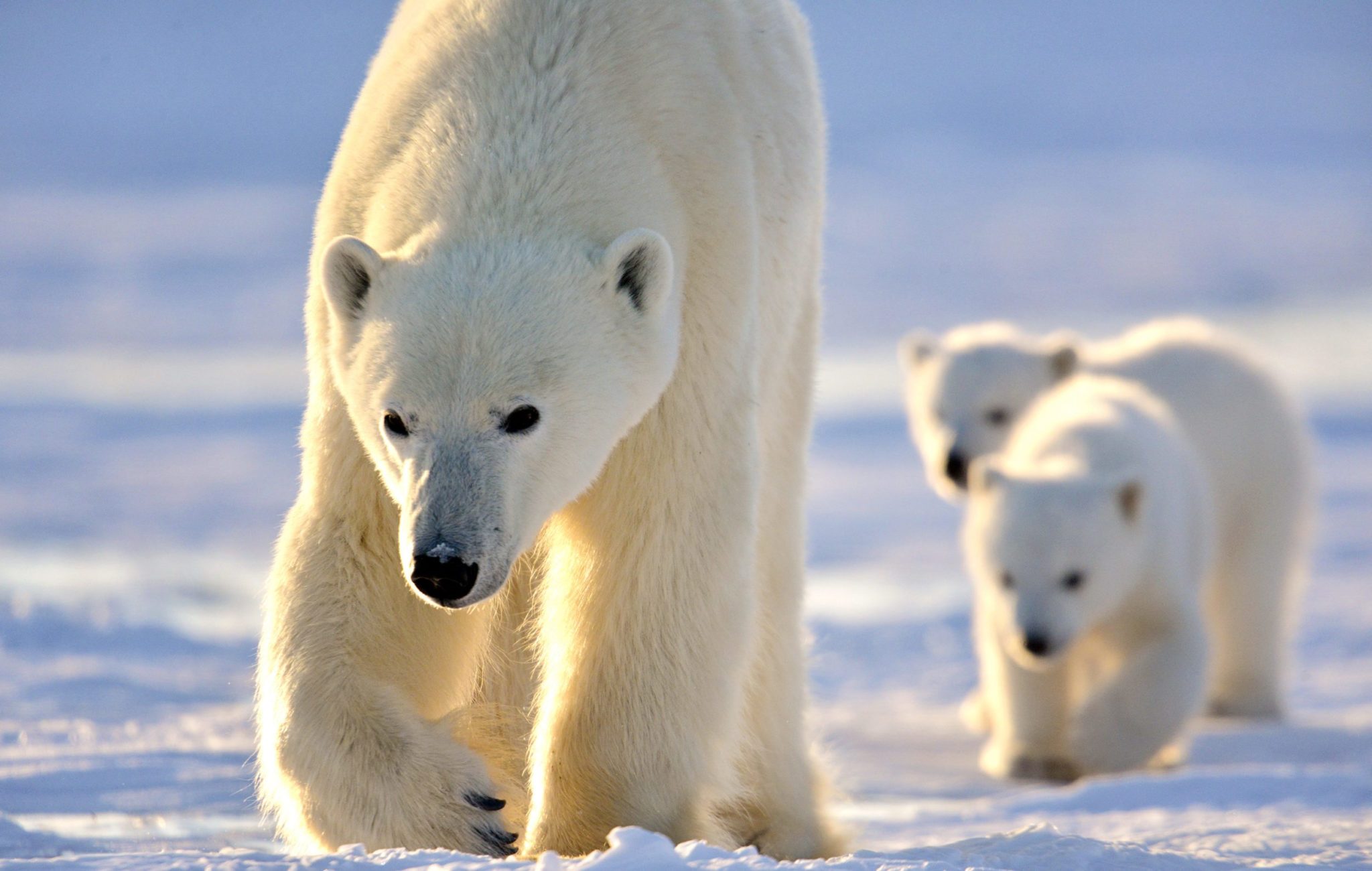 An Alaskan whaling captain, Herman Ahsoak said that there has been a significant and unprecedented change. He said that 127 polar bears lived here in the 90s. he said there was a dedicated team that patrolled and protected the town and kept a watch on the polar bears.

But with the receding ice, the polar bears inhabiting the Beaufort Sea region moved away. Bears living here were forced to travel long distances for food and that has led to a 30% drop in population, a study by the Washington State University has revealed.

that the home of the arctic dwellers is heating up at 4 times the speed elsewhere in the planet, according to Peter Jacobs, a NASA scientist. The focus on the migration of the polar bears reveals that between 21,000 and 30,000 bears are left in the wild, with exact figures a problem given the remote nature of their habitat.

Postdoctoral researcher Anthony Pagano says that the increase in the distance between their habitat and source of food has led to their expending excess energy that has threatened their survival.

Pagano said that preserving the natural habitat of these magnificent animals can only be possible by addressing the root cause of the issue, which is rapid climate change.

The migration of polar bears has been going on for some time now. In 2019, over 60 polar bears were seen in the Ryrkaypiy, a remote region in Russia.

Air temperatures in the upper regions of the atmosphere are rising twice a fast as world temperatures. This has resulted in massive ice melt on land and sea.

Alaska has seen record temperatures that were as high as 11C higher than the average.  The amount of April snow in Eurasia has also hit its lowest level in recent years since satellite observations were first started in 1979.