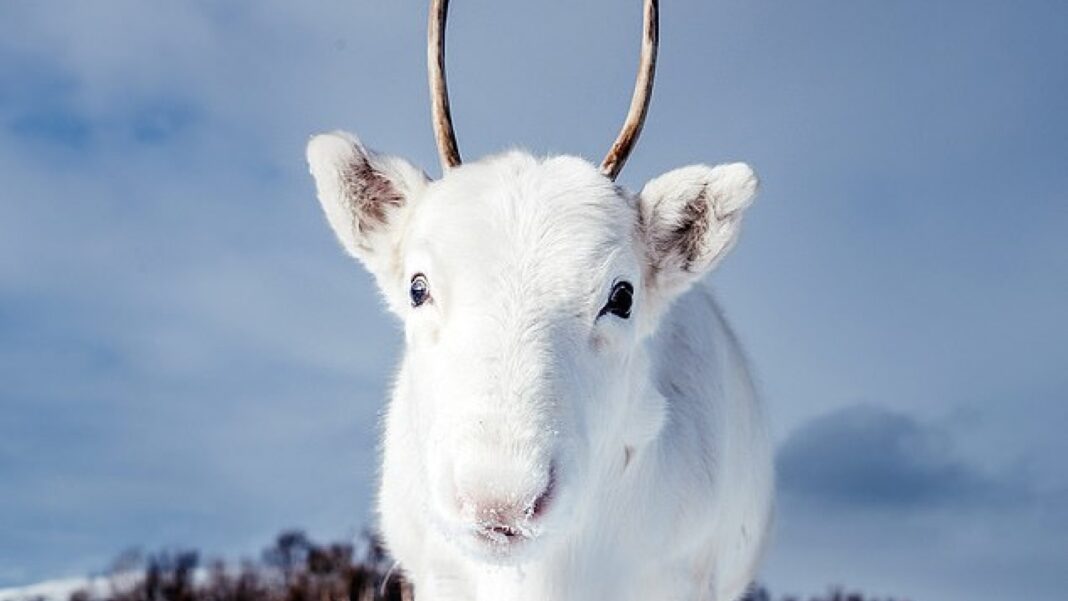 A white reindeer calf was spotted in the snowy regions of Norway, by a Norwegian photographer. The photographer was hiking with his friends when he encountered this rare animal.

Mads Nordsveen was the photographer who witnessed this rare animal. Mads is 24 and hails from Oslo. He was out with his friends on a walk when he spotted the animal. 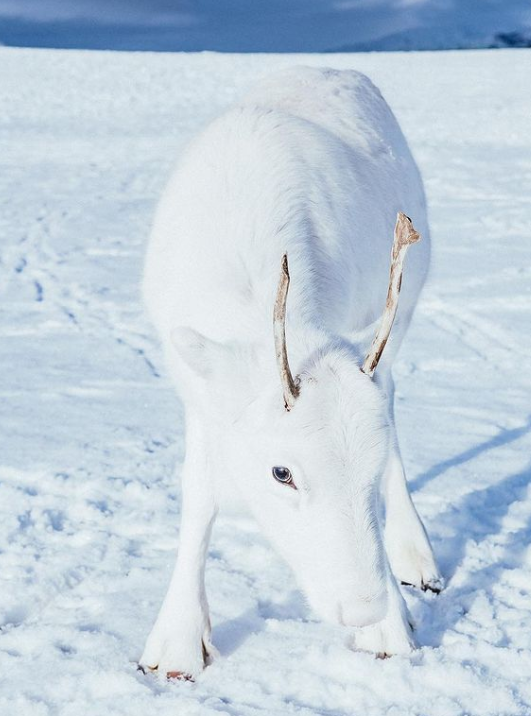 The white reindeer calf has received 20,000 likes after its picture was uploaded on the media by Mads. The animal was seen fading away into the snowy landscape.

Mads stated that the animal was almost disappearing into the snow, due to its rich white fur.

White reindeers are rarely seen in the wild and the last one was spotted in 2016, near Mala. Mala lies in the northern part of Sweden.

The white reindeer calf had white fur which is due to a genetic condition that strips the pigment, but it is not the same as albinism. 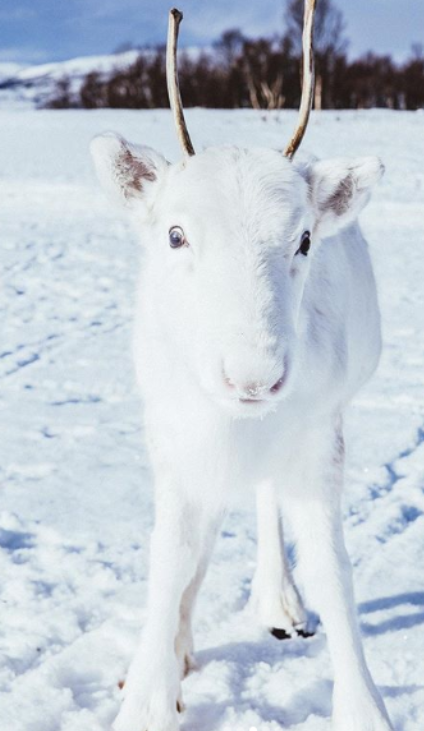 Scandinavian traditions believe that a white reindeer can bring luck to a person that spots it in the wild.

Mads Nordsveen told the media that he spotted this beautiful creature while taking a stroll in the snowy mountains.

The white reindeer calf and Mads came quite close to each other and looked into each other. The calf was quite calm and composed as it did not sense any danger from Mads. It was as if the calf knew that he had no bad intentions at all.

The white reindeer calf posed for a few photos and was quite funny and curious. It felt like meeting a little explorer in the form of a reindeer. 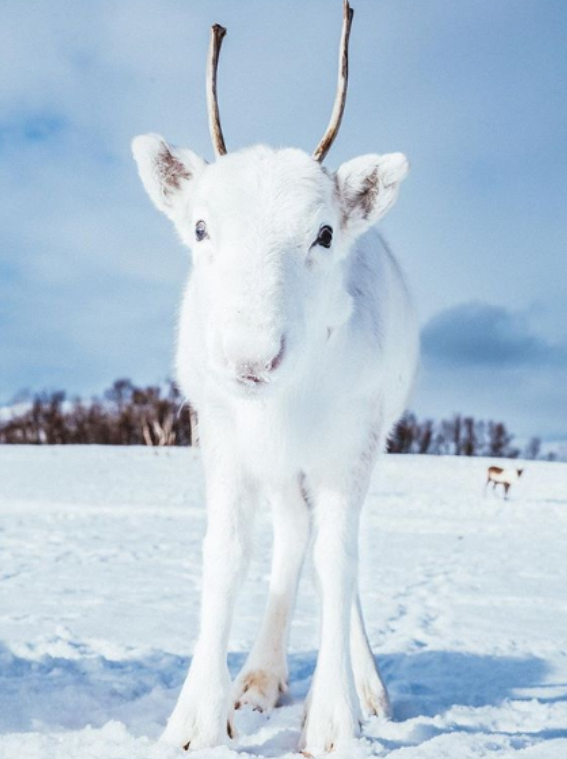 The animal left Mads after a few minutes of interacting with him and his friends. His mother was waiting near the edge of the forest and the white reindeer calf returned to her protection.

The moment was quite magical for Mads Nordsveen and he felt like such a scenario was coming straight out of a fairytale. We all hope that the Scandinavian tradition comes true and Mads can have a bit of good luck in his future endeavors.

Facing A Grim Future: Ensuring The Safety Of The Chimpanzees, Our Closest Living Relative

Stray Dog Thanks Woman For Feeding Her Pup