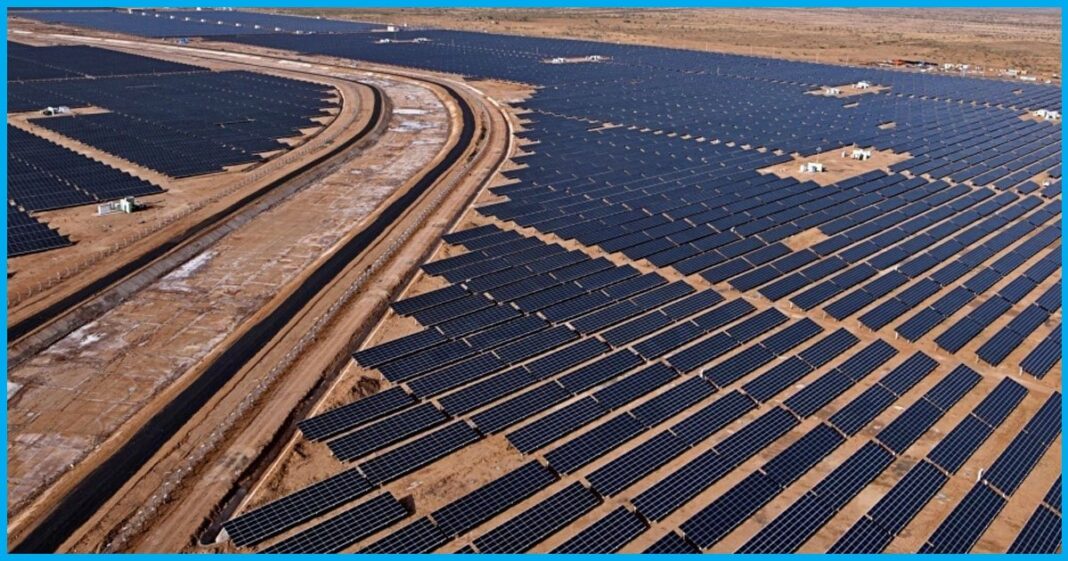 The landscape is seeing more and more solar farms. The primary benefit for electricity customers is that they can get their energy without having to install any extra machinery on top of their houses.

Solar farms are generally situated far away from the site of consumption, unlike solar systems installed on rooftops. Moreover, it is not the personal property of the customer subscribed to the solar energy produced. You can think of the comparison between rooftop systems and solar farms similar to that between a personal diesel generator and an electric power plant.

Solar Farms are also called solar gardens or solar parks. The panels are generally mounted on the ground and supply energy to several customers. The number of customers can be less than 10 to several hundred thousand.

Even 10 years ago, solar farms were only a tiny up-and-coming blip in the energy sector. But now, all sizes of these farms are booming. In 2018 July, 544 solar farm projects were noted in the solar farms’ database. The National Renewable Energy is in charge of this database. Fast forward about 2.5 years to 2020 December, this list by NREL has grown to include 1,592 farms.

One of the primary reasons behind their increasing size and numbers is the decreasing cost of solar energy. From 2010 till 2020, the prices involved have seen a drop of 89%. Currently, solar energy is the fastest gaining alternative form of energy in the US than all others for 2 consecutive years.

Solar Farms For The Community vs. Utility

Solar Farms that supply utilities are usually much bigger than the ones supplying energy to communities. The participation of the customers is the differentiating factor here.

For solar farms catering to communities, several customers either own the farm jointly or are subscribers to a solar project in the locality. In exchange, their utility bills contain credits for their portion of the energy produced by the project.

In comparison, projects aimed at utilities are developments undertaken by an electric utility company itself. Or, a private energy company might be selling the energy being produced to utilities directly. It usually does not involve any participation from customers.

The size of solar projects for communities generally ranges between 2kW to more than 2,000kW (kilowatts). Some states limit how big such community solar farms can be. The limits can be direct such as how much kilowatts can be produced. Or, they can be indirect as in how many people can be a participant in the project.

Solar parks are the more common name in other parts of the world. Be that as it may, the largest farm or park keeps getting beaten by newer and larger projects. The list of the top 10 biggest solar farms does not have any parks that are older than 10 years. In comparison, the 10 largest active plants generating electricity around the world mentions the Grand Coulee Dam, which was constructed in 1949. The biggest plant that operates on fossil fuels dates back to 1976 and is situated in the UAE (United Arab Emirates).

As for solar farms, the present biggest one is India’s Bhadla Solar Park. It sits at the top by a very small margin. It generates 2,245MW of energy. In contrast, the state of New York had installed solar energy machinery producing a total of 3GW in 2021 July. This would be sufficient for powering about half a million homes. The Bhadla solar farm is situated in an arid, remote location in the western part of India.

Temperatures in the area regularly go higher than 100 degrees Fahrenheit. The construction was done in 4 phases. The first phase was in 2015 while in 2019, it was completed. India currently gets 70% of the national electricity using coal. However, the Bhadla Solar Park is a step towards the national goal of producing 175GW of renewable energy by the end of the next year. (1 GW = 1000 MW).

The second place goes to China’s Huanghe Hydropower Hainan Solar Park. It became fully operational in 2020 and is situated in China’s Qinghai Province. Producing 2,200MW of energy, the solar farm represents the country’s desire to move away from the deep dependence on coal. Similar to India, China also has 68% of the country’s electricity generated using coal. In 2020, 48.2 GW of solar energy was installed in China. Second place went to the US who had less than half the amount. 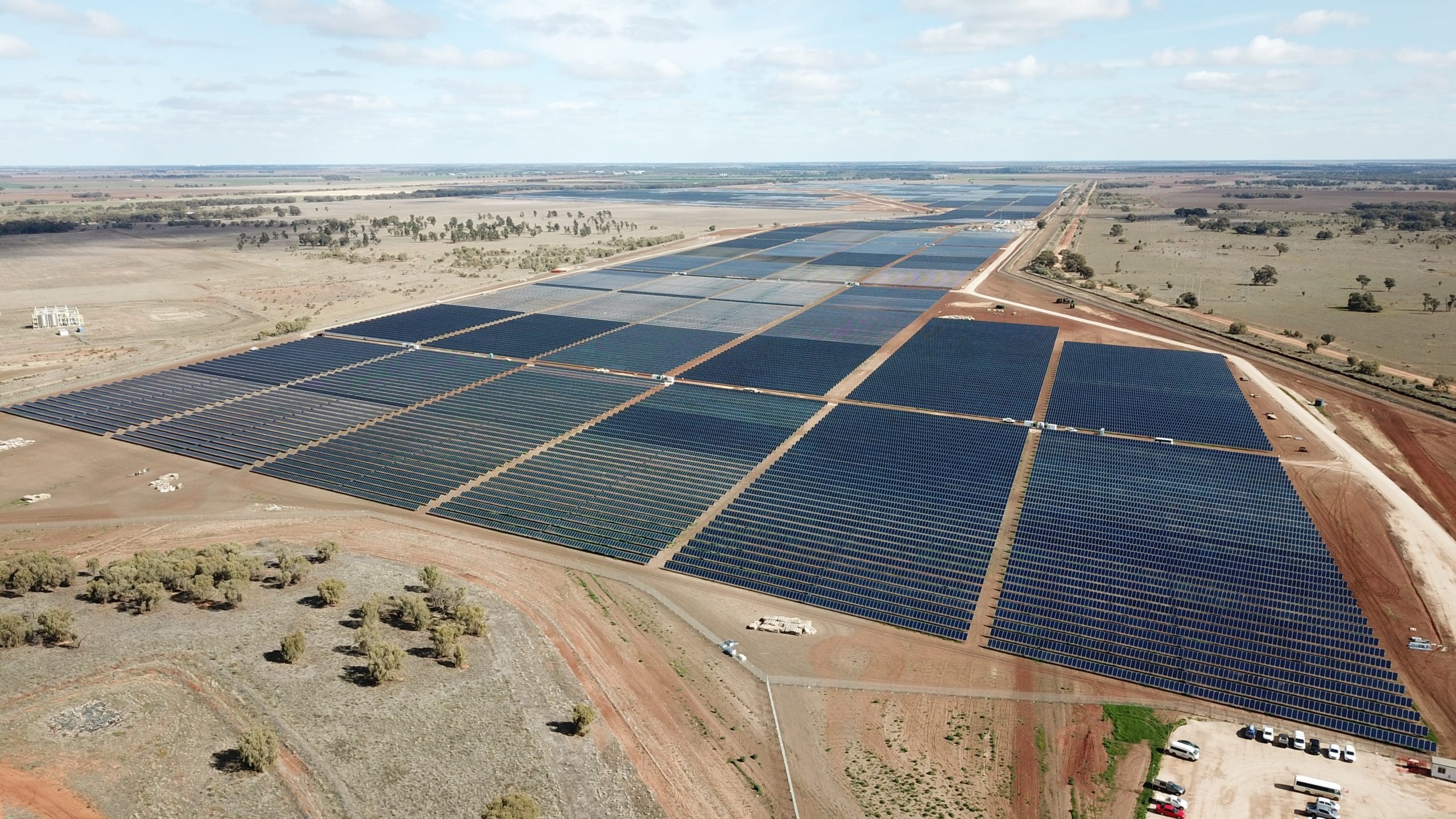 The third biggest solar farm is from India as well. It is Karnataka’s Shakti Shala power project. It is also the remaining solar farm that generates more than 2 GW. Construction was finished in 2019 across 1300 acres. The land is leased from 2,300 farmers in the locality, ensuring that the project will produce clean energy and increase the income of the rural area at the same time.

Egypt’s Benban Solar Park is the fourth largest currently. It is also the biggest one that is not in Asia. The project was started in 2014 and had been helped by NASA. More than 7.2Mn solar panels are used in this project which was completed in 2019 November. It follows the usual trade-off involved in solar farms located in desert areas where the high heat reduces efficiency but more solar radiation is received.

Solar Farms’ Impact On The Environment

As the number of solar farms has increased so has the criticism against them. Some cite legitimate concerns regarding the environment. Others are usually misinformed about the environmental impact of these power plants.

The climate crisis goes hand-in-hand with the loss of biodiversity. As a result, we must look for solutions that can tackle both, and not one while sacrificing the other.

The NREL claims that if a contiguous 0.5% of the surface area of the US is used to install solar farms, then the target set in the Climate Agreement of Paris can be met. However, the land is not equally created. As such, zones that are not sensitive such as those set aside for industrial usage, contaminated lands, disturbed areas, former landfills, and brownfields should be prioritized. This will help in reducing biodiversity loss. Moreover, productive farmlands should not be sacrificed as that would jeopardize the food security of the country.

Several states in the US have set down the best practices for siting to help out solar installers. The Energy Department of the US has similar guidelines for solar farms to reduce their impact on the environment. There has also been legislation that promotes solar farms that are friendly to pollinators so that the local biodiversity is protected.

The Need For Proper Planning

If solar farms are properly sited and planned, then they can simultaneously improve and protect the landscape as well as productive farmlands. A good example is the Indian Shakti Sthala energy project. The land leases were not appropriate for farming. However, because of the lease, the farmers’ income increases which lets them continue farming instead of having to sell it off to developers.

Integration of solar panels in farming operations (called agrivoltiacs) can raise yields, prevent damage due to heavy rainfall, and shade livestock all while generating the electricity needed to keep the farm running. 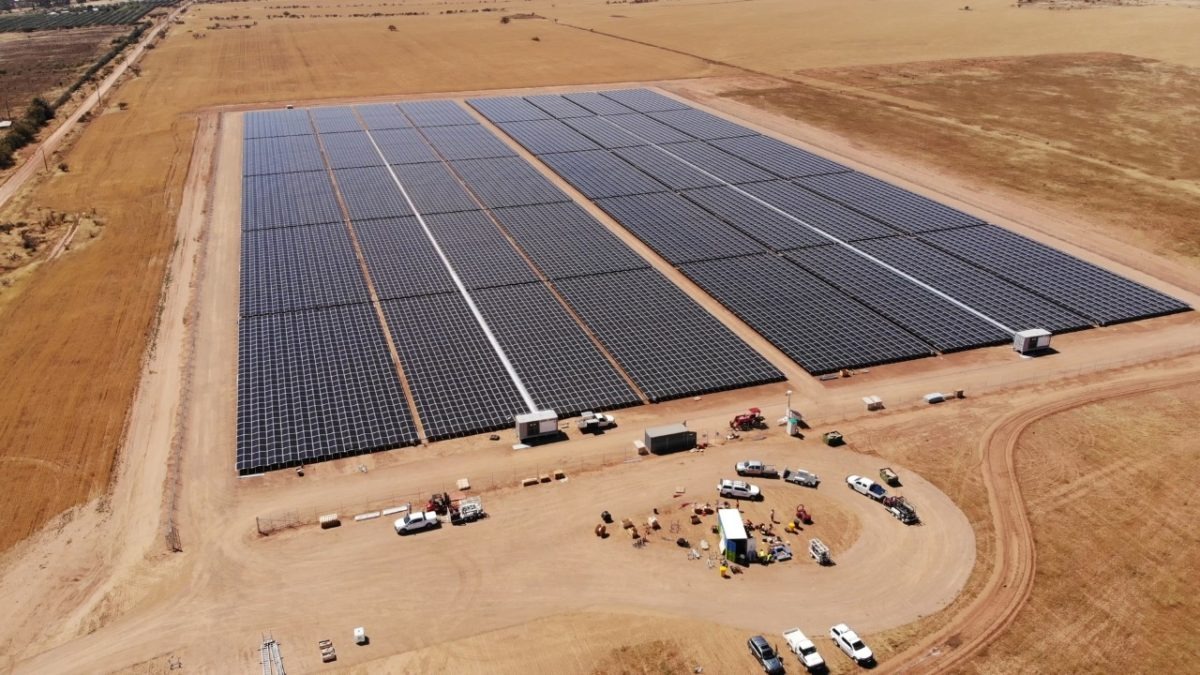 At the same time, being a stakeholder of solar projects comes with several benefits. Traditionally, customers and electric utilities have a one-directional relationship. The customers are only required to pay their bills. In solar energy scaled for utility use, the relationship remains the same. However, the energy is much cleaner.

But in the case of community and rooftop solar, consumers are known as “prosumers” – meaning they are both consumers and producers of the electricity. Having to pay their bills using the energy generated by their panels means their awareness regarding energy usage increases. As a result, they usually reduce it further.

A California solar customers’ survey found that 87% of prosumers started being more energy-efficient, like using energy-efficient appliances and lighting. Even those who are generally environmentally conscious such as owners of electric vehicles used 58% less electricity when they were prosumers of solar.

The conclusion at the end of the day is that cleaner energy gets supplied into the grid. At the same time, the carbon footprint of the customers gets lower even if they consume more electricity. Simply put, the more electricity production gets, the higher the chance of reducing personal consumption and the emission of greenhouse gases.

Be that as it may, the number of solar farms is expected to continue breaking records till 2024 at least. With that comes the need for proper oversight and regulations so that the environmental impact is positive instead of being destructive.