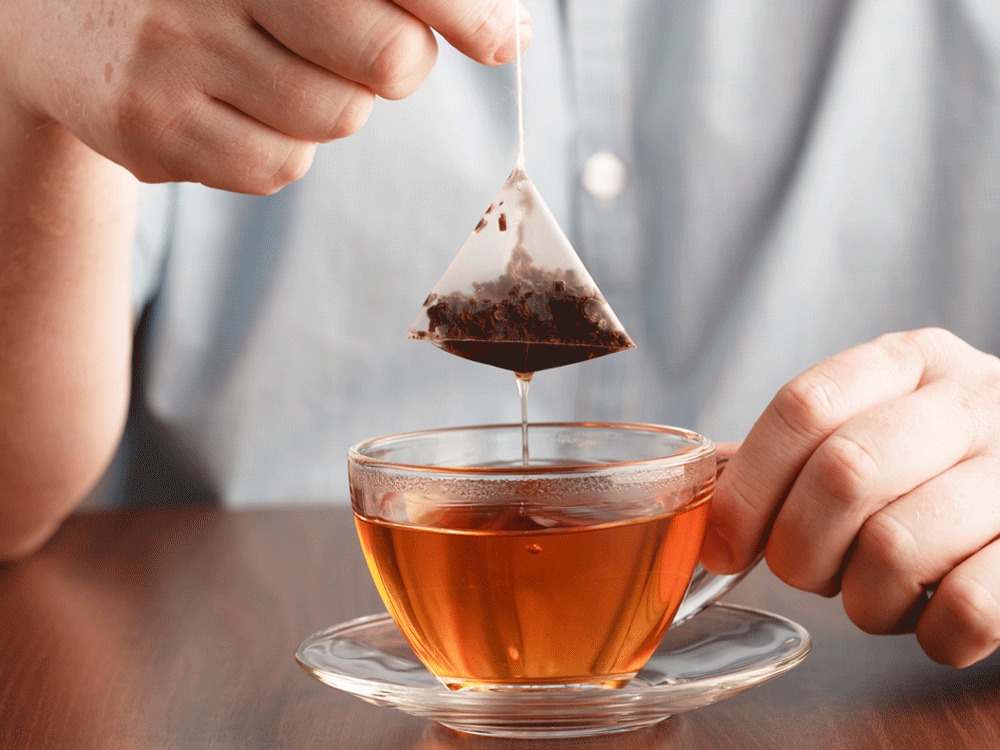 New studies have revealed that the latest trend in tea bags could be inundating your system with billions of bits of microplastics. The new mesh bags that have replaced the flat paper teabags used earlier are designed to pack whole tea leaves. These bags are at times made of hemp or are corn-based. But the bulk of them is made from PET or nylon. And they are plastics with a fancy name.

Researchers have revealed that these plastic tea bags are doing more than merely holding your tea leaves in place. Environmental Science & Technology has pointed out that every time we dip those tea-filled bags into hot water, the bags break up and release plastic microparticles into the water along with the tea. And there are billions of such particles released every time we dip them into the hot water.

Microplastics and the harm they cause have been in the news lately. They have been traced in as varied places as table salt, bottled water, and have ended up covering the Arctic snow. But their presence is much less, with bottled water having just between 10 to 100 particles per liter of water.

Nathalie Tufenkji, a chemical engineer, says that the idea of investigating the release of microplastics from teabags first struck her when she ordered a cup of tea on her way to work. She realized that putting plastic into hot water was a recipe for disaster. She along with Laura Hernandez, a graduate researcher, did some initial tests on a few locally procured tea bags.

They were staggered at the enormity of the release of microparticles. While they had anticipated anything between 100 to 1,000 particles, they realized that numbers were in their billions. They conducted full-fledged research into microplastics in tea bags.

Tufenkji introduced a water flea to test its reaction to the plastic particles and found that the insects were stressed out when placed in the microplastic-filled tea. Their shapes too changed and they swam erratically. This made the researchers realize that more studies are needed to study its effect on humans.

Researchers have estimated that we consume around 5 grams of plastic in various forms every week. That comes to around 260 grams every year. but the revelation of new sources of ingestion suggests that our previous estimates may be way off the mark.

Lindsay Miles, An Australian writer has been trying for years to make people aware of the presence of plastics in tea bags. But consumers are still not aware of its dangers. The best way to make tea is the traditional way by pouring hot water over loose tea leaves.


Share
Facebook
Twitter
Pinterest
WhatsApp
Previous articleThe Wildlife COVID Threat Is Greater Than Only The Disease: Our Masks Are Adding To Their Misery
Next articleChinook Salmon On The Verge Of Extinction: Extreme Heat In California To Blame