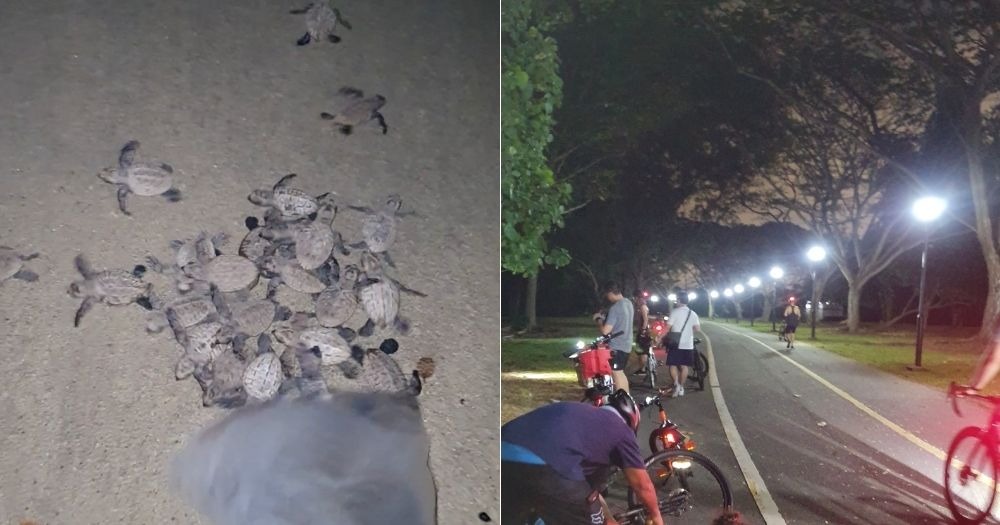 The 16th of December provided quite a surprising sight for the cyclists and park-goers at Changi as they came across turtle hatchlings moving in a confused manner. Several of the hatchlings were crossing the park but completely in the wrong direction. Rather than moving towards the sea- which they ought to be doing- they were moving towards land. This did lead to a haphazard rescue operation of the baby turtles by several members of the public who happened to be in the area.

Traffic Jam at Changi Park Due To Turtle Hatchlings

Close to 15 cyclists and passers-by halted in their way in order to rescue the turtle hatchlings from the busy park connection, as reported by a reader of Mothership. The reader also stated that he was cycling from the Airport at Changi to East Coast Park with his family when he came upon this bizarre scene at around 9.20 pm. Two of the women standing there did alert all of the cyclists that were passing through of the little creatures in the park, which then led to the cyclists picking up the baby turtles and moving them out of harm’s way. 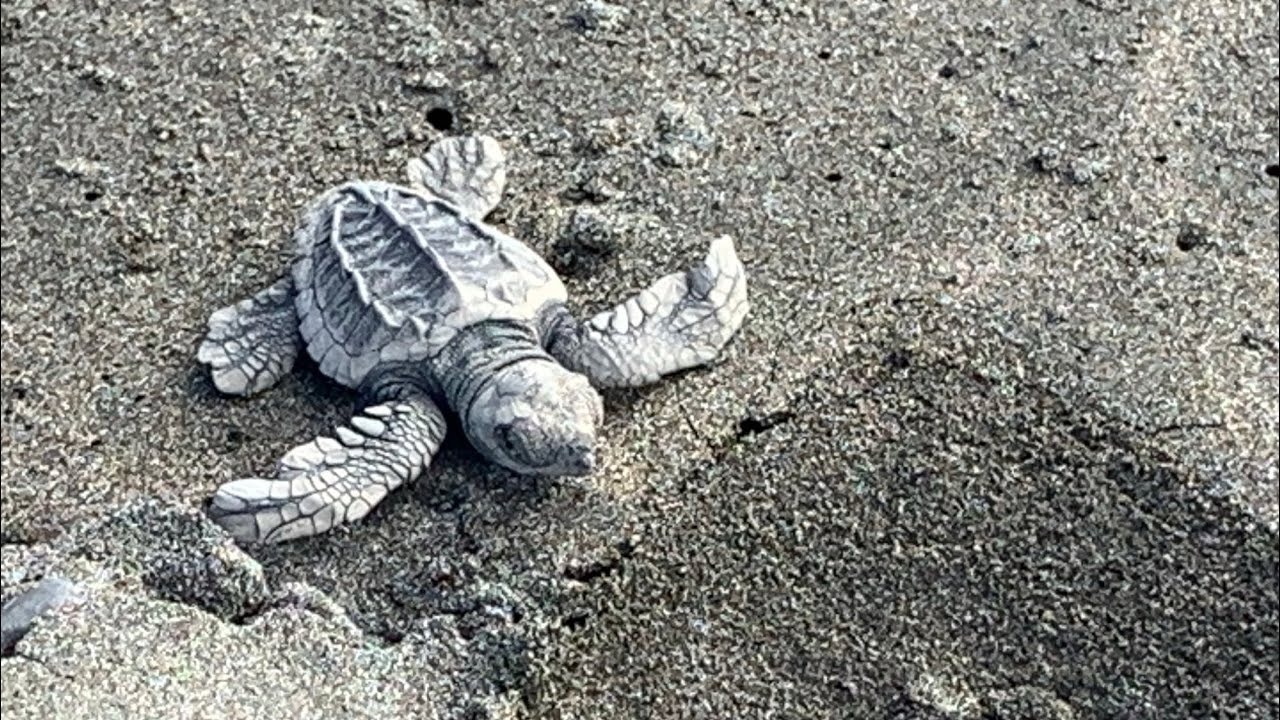 After realizing that the turtle hatchlings were currently stranded, the reader and his cyclist family joined in on the rescue efforts by either asking other cyclists to get down or start picking up the turtles themselves and moving them out of the path. The hatchlings were then kept in a plastic bag that the reader seemed to be having on his person at that point. As more cyclists and part goes realized what the situation had turned into, the four-person rescue team soon expanded into a rescue team of 15 people all clamoring to move the turtles out of harm’s way.

Read: Plans For Development Could Endanger Sea Turtles In The Andaman Islands In India

The Rescue Operation of the Turtle Hatchlings

The reader further added that the cops also joined in on the fray to save the turtle hatchlings by placing blinker lights along the entire path- after which they joined in on the rescue effort- having been previously alerted to the situation by the general public. The reader of Mothership estimated that close to 100 baby turtles had hatched that night. Although they did manage to save close to all of the turtles, six to eight of the babies were crushed by cyclists who were absolutely unaware of the presence of the little creatures. Another four died and were then covered with ants.

It has been understood that both the Animal Concerns Research and Education Society, as well as the National Parks Board, were alerted to the turtle hatchlings. Now, the main question that comes up is- what were they doing inland? The simplest answer would be that baby turtles, who hatch after 60 days of incubation usually head towards the sea where they are guided by the moonlight. However, in cities like Singapore, artificial lights have been turning into quite a threat for the creatures as they often mistake them for moonlight.

It is assumed that this is what happened to the turtle hatchlings on the 16th of December, as they got distracted by the lights coming through the street and further wandered onto the connector that linked the park with the main road. According to the Sea Turtle Conservancy, hatchlings that come inland might die of predators or dehydration.